Harriet Tubman: Saving hundreds of lives would not have been possible without God 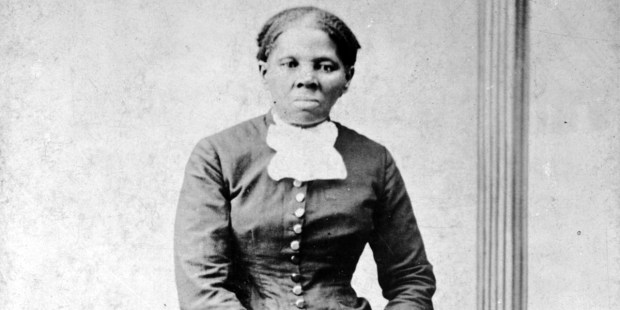 News that Harriet Tubman would replace Andrew Jackson as the face of the $20 bill a few years ago was greeted with almost unilateral hurrahs. Sure, not everyone was happy, with their cries of “pure political correctness.” And several Tennessee congressmen were displeased that their native son — who served as President of the United States between 1829 and 1837 — was getting the boot. But there’s no question whose standing has risen and whose has fallen in the last 150 years or so.

As president, Jackson may be best known for his persecution of Native Americans — particularly forcing the Cherokee nation to leave their native lands for what is now known as Oklahoma along the “Trail of Tears.” Tubman, on the other hand, was a conductor for the pre-Civil War Underground Railroad, helping to lead hundreds of slaves to freedom. Who cuts the more heroic figure in the 21st century?

But Tubman never would have been elected to be on the $20 if not for her faith.

“I never met any person of any color who had more confidence in the voice of God,” abolitionist Thomas Garrett said of Tubman. Many of the slaves she helped shepherd north would’ve said the same thing. They reported that, along the way, Tubman would often stop and consult with God. She didn’t believe that the Almighty was a passive supporter of her work, but an active force who hung close to Tubman throughout her life.

“I always tole God, ‘I’m gwine [going] to hole stiddy on you, an’ you’ve got to see me through,’” she was quoted in Christian History.

Tubman was born Araminta “Minty” Ross in the early 1800s (there’s no clear record of her birthdate) on a Maryland plantation. Though historians believe that Tubman could not read or write, her mother told her Bible stories throughout her childhood. Many Old Testament tales, with their themes of captivity and freedom, were particularly resonant for the young girl born into slavery.

Historians believe that Tubman’s religious fervor was given a unique push when, as a child, an overseer accidentally hit her in the head with a two-pound weight. The blow knocked her unconscious, but two days later she was back in the fields, “with blood and sweat rolling down my face until I couldn’t see,” she later said. She suffered seizures and sometimes appeared to fall unconscious, and she dealt with terrible headaches for the rest of her life. But she also experienced incredible visions — visions she believed came from God.

She prayed regularly and fervently: when her owner looked as though he was about ready to sell her, she prayed for him to change his heart, and, when that seemed unlikely, for his death. (She felt terrible about it when the man actually did die just a week later.) And after Tubman ran away in 1849 and joined the Underground Railroad shortly thereafter, her faith only increased. She even used spirituals as code. Her favorite spiritual was reportedly “Swing Low, Sweet Chariot,” a song pregnant with coded meaning for would-be escapees: be ready, the song suggested, because “the chariot,” that is, the Underground Railroad, would be swinging low through the south to take escaped slaves “home.”

It’s telling that, when the Smithsonian Institution was given some of Tubman’s most precious belongings in 2010, included was a yellowed, well-worn hymnal — a book that she couldn’t even read, according to historians.

“I prayed to God to make me strong,” Tubman reportedly said in 1865. “And able to fight. And that’s what I’ve always prayed for ever since.” Tubman was indeed a fighter, thanks in large part to her faith. And when she died in 1913, reportedly she told those gathered around her, “I go to prepare a place for you.” “Swing Low” was sung at her funeral.

Even in death, she was leading people home.

Tubman has yet to appear on the bills. Originally, the rollout of the new bills was planned for 2020, however it usually takes at least a decade for design changes to currency to be implemented.

Read more:
The last stop on Harriet Tubman’s Underground Railroad was this chapel in Canada