Irish abortion referendum set for May 25 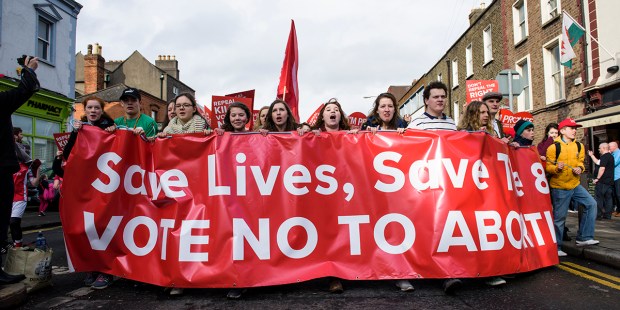 The government of Ireland has set May 25 as the date of the referendum on whether to repeal an amendment prohibiting abortion.

Voters will be asked if they wish to repeal an amendment to the constitution that was inserted in 1983 to protect the equal right to life of the mother and her unborn child, and to instead enable parliament to legalize abortion, Reuters explained. If the Yes vote prevails, the government plans to introduce legislation for abortion with no restrictions to be allowed up to 12 weeks gestation.

The government began in January the process of setting a date with the aim of holding the referendum before the end of May so that students can vote before many leave to spend the summer months traveling or working overseas, Reuters said.

Polls have shown a sharp generational divide, with younger voters far more like to back change and a clear majority over the age of 65 opposed.

The most recent poll on Sunday showed a slight drop in support for a ‘Yes’ vote to 56 percent from 60 percent two months ago, with 26 percent opposed and 18 percent undecided.

Both sides of the issue have been active in trying to sway voters. A pro-life march in Dublin drew an estimated 100,000 Irish from all over the country to express support to maintain legal protections for unborn children.

Meanwhile, the Yes campaign has call on expat Irish to return to the Emerald Isle for the vote, as Irish law does not allow overseas voting.

Parliament’s planned legislation for legalization includes a stipulation that a medical practitioner certify that a pregnancy has not exceeded 12 weeks. A waiting period of three days will be required between the certification and the abortion being performed.

Irish Health Minister Simon Harris has said that beyond the 12-week limit, abortions would only be available in exceptional circumstances, including where there is a risk of serious harm to the health or life of the mother, in emergency situations and in cases of fatal fetal abnormality, the Tablet explained. The bill will make late-term abortions unlawful on the grounds of health, where the viability of the unborn child is established.

But even if citizens vote to repeal the Eighth Amendment, there is no guarantee that the prime minster, Leo Varadkar, who heads a minority government, will be able to get the existing proposals through parliament, the Catholic newspaper said.