Why St. Gemma Galgani laughed in the face of the devil 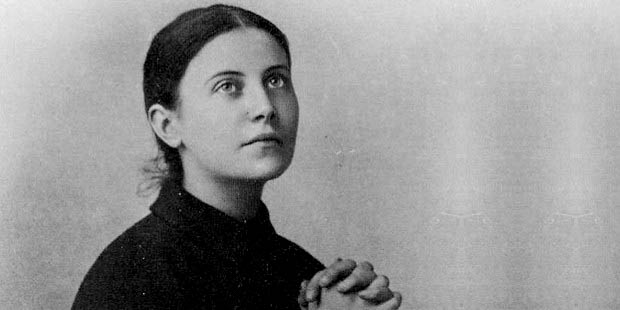 And why the devil now fears her.

St. Gemma Galgani was a holy and devout young woman who experienced extraordinary visions from God and received the stigmata, visible signs of the wounds of Christ, on her body. Her supernatural spiritual life attracted much attention, including demonic spirits who tried to scare her away from God.

Read more:
5 Saints who received the stigmata, and what it felt like when they got the wounds

Galgani was warned beforehand by God, who said to her, “With my permission the demons will try continually to dishearten your soul.” He allowed such attacks to bring about a greater good in her life and further lead her along the road to sanctity.

She wrote about one such attack in her diary, “Today I thought I was to be entirely free from that nauseous animal, and instead he has knocked me about greatly. I had gone to bed with the full intention of sleeping, but it turned out otherwise. He began to beat me with such blows that I feared I would die. He was in the shape of a big black dog, and he put his ‘paws’ on my shoulders, hurting me greatly. I felt it so much in all my bones that I thought that they were broken. Also, when I was taking holy water he wrenched my arm so violently that I fell to the floor from the pain. The bone was dislocated, but went back into place because Jesus touched it for me, and all was remedied.”

Yet, even in the midst of such attacks she had a sense of humor and nicknamed the devil, “Chiappino,” which is a name for a burglar.

She also wrote in a letter to a priest, “If you would have seen him Father, when he fled making faces, you would have burst out laughing! He is so ugly! … But Jesus told me not to be afraid of him.”

While at times the devil appeared as a fearsome foe, Galgani knew in the end that God was more powerful.

St. John Vianney had a similar attitude toward the devil, whom he nicknamed with the French word for pitchfork, saying, “Oh! the grappin and myself? We are almost chums.” As long as we do not let the devil have power over us, we have nothing to fear.

Seasoned exorcists are also not afraid of the devil when they begin to drive him out of a possessed person. Sure the devil tries to scare the exorcist with various things, but it is useless to a priest who believes in the power of God. As Paul writes in his letter to the Romans, “If God is for us, who can be against us?” (Romans 8:31).

According to Paul Thigpen’s book, Saints Who Battled Satan, an exorcist reported that during an exorcism the victim cried out in a loud voice, “No! The one in black is here — the jinx!” This was a term for St. Gemma Galgani that the devil used in previous exorcisms and with her intercession the person was delivered from the grasp of the evil one.

Read more:
A prayer of exorcism taught by Saint Anthony