Why your teenager needs to hear yes more than no 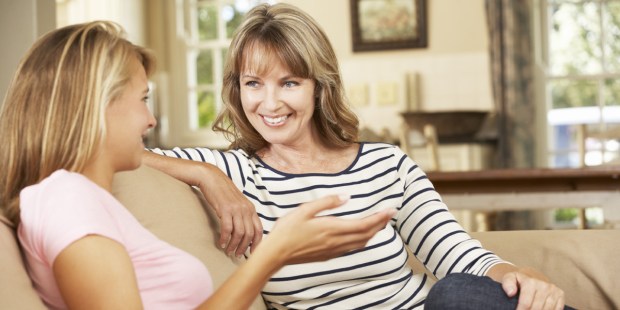 Teenagers are like toddlers — they need positive emotional connection and firm boundaries.

This year, I have entered a new mothering frontier: adolescence. And it. is. terrifying.

An older, wiser friend of mine told me years ago that teenage brains are identical to toddler brains, and while I believed her, I didn’t really believe her. I mean, I believed everything she said about the prefrontal cortex basically being offline during the toddler and teenage years, opening up the door for the emotionally-reactive, instinctive amygdala to take over. But those were just concepts.

What I couldn’t have believed (until I experienced it) was that my child would go through a personality shift as sudden and dramatic at 12 as it was at 2, accompanied by unsettlingly familiar emotional turbulence. And for the first few months, I didn’t really believe it. I was frustrated with the way my daughter was acting, because she’s an intelligent and capable and rapidly-approaching-fully-grown human being and why was she behaving this way?

I even began to feel a profound sense of loss. I literally missed my old child, the one who was responsible and kind. It was like she had been replaced with a changeling. But I started remembering what my friend had told me so long ago … including the advice she had given about parenting both teenagers and toddlers.

It’s safe to say I had been doing the opposite of basically all of this, a truth I was uncomfortably reminded of when I read this post at For Every Mom about a fellow mother who has sought the help of a counselor in her struggles with her adolescent son.

“Next time you pray for Josiah,” my counselor suggested, “try thanking God for what’s good and right about him. It will change your perspective and help you understand him.”

Every now and then, you hear something that is absolutely simple, absolutely true, and perfectly timed to change you. This was one of those times. My counselor was right. Practicing gratitude for my son profoundly alters my perspective and eases my anxiety.

Yesterday was my daughter’s first softball game. She had to earn the right to play by bringing her grades up and keeping her room clean, and she worked hard to do so. She’s been overwhelmingly enthusiastic about softball for the past two weeks, an enthusiasm I’ll admit that I’ve found far more draining than contagious.

So I wasn’t excited about her game, and I was so worn down by her attitude that I almost took the privilege of softball — a privilege she had rightfully earned — away. It was only at the last possible moment that I grudgingly followed that half-forgotten advice to say yes as much as possible and decided to take her to the game.

Her attitude disappeared in the car. She was vibrant and bubbly as she asked me about my softball experiences as a kid, including different positions, rules, and strategies. She confessed that she was nervous but excited, and wanted to make sure I would sit in the front of the bleachers.

I didn’t think she would get to play, since she had missed the first few weeks of practice and games, and she spent the first inning in the dugout. She stayed positive, though — she cheered loudly for her teammates and encouraged them when they came off the field. In the second inning she was put in right field and then center field, where she stopped a grounder. That was exciting enough, but the real triumph came after she got walked at bat in the final inning.

Following her base coaches’ instructions, she stole first, then second, then third, then home — sliding neatly under the catcher’s outstretched glove and scoring the final run for her team.

Afterward I took her to Steak n’ Shake to celebrate and asked her what her favorite part of the game was. “Sliding into home!” she said at first. Then she paused to reconsider. “No, my favorite part was scoring the last run for my team.”

Just like that, my kind and responsible daughter was back. I told her how much I appreciated her self-editing, and that her team spirit was one of my favorite things about her. She beamed and gave me a spontaneous hug, and I realized right then and there that saying yes to little moments of “extras” isn’t an indulgence. It’s a necessity. She needs wins to offset the pressure of school and home, and she needs moments of positive connection with me to offset the daily, sometimes hourly clashes over homework and housework and attitude.

I need to say yes as much as possible not because I am afraid to say no, but because my kind and responsible daughter is overwhelmed by a storm of internal and external changes. She needs the affirmation and connection of my yes as a calm in the storm, as surely as she needs the hard-and-fast security of no as an anchor. And the truth is, so do I.

Read more:
Why it’s impossible to be both a parent and a friend to your kids