Why would a modern woman ever become a nun? 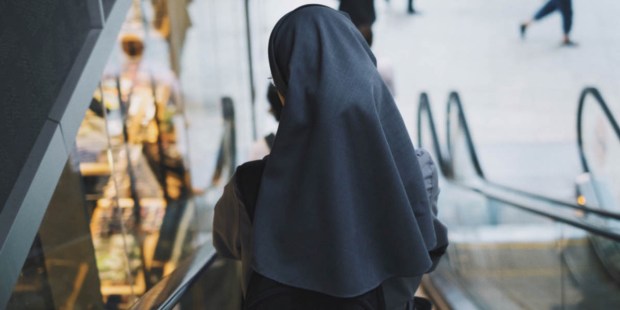 In 2014, Spanish model and actress Olalla Oliveros stunned the fashion world by giving up her successful career and entering religious life — she became a nun.

While Oliveros made the actual decision four years before that, she waited to discuss her decision publicly and said it was a visit to the shrine of Our Lady of Fatima in Portugal that prompted her vocation. In an interview with the newspaper El Diario de Carlos Paz, the model explained she felt an increasing dissatisfaction with her life and experienced “an internal earthquake” when she was in Fatima. “God gave me a role, and chose me, and I couldn’t say no to him,” she said.

Women entering religious communities happens far less often that it did decades ago. Catholic World News reported in 2013 that over 3,000 women leave religious life each year worldwide. Yet there are signs that the tide is turning, especially in some areas of the world, and some religious orders are seeing substantial growth in vocations. Young women continue to experience a call to religious life, but what makes a young, modern woman leave good friends, a boyfriend, and a promising career to enter a convent? How does that happen?

In a 2012 TEDx talk called “Why Nuns Don’t Have Midlife Crises,” graduate student and researcher J.E. Sigler discussed the key elements in vocational discernment. Sigler has interviewed large numbers of religious women in order to understand their vocational paths and her research shows there are four key elements or steps that are common to religious callings, which she calls: silence (followed by fear), haunting, leap, and finally peace and joy.

Sigler says the first step — silence — is particularly challenging in our loud, distracted, and media-saturated world, but it’s necessary in order to listen and understand one’s own heart. Sigler also includes fear as part of step one because it inevitably happens when a person senses a call to religious life even though it isn’t the primary characteristic.

“Haunting” refers to the experience of being unable to let go of the idea of a vocation once the seed has been planted, and “leap” is the necessary but risky step of following the call. “Peace and joy” are the phenomenon Sigler has seen time and again in her interviews with religious sisters — an experience many of them describe vividly, and seems to be an inevitable consequence of living in deep intimacy with God.

Read more:
Why a humble Italian nun was just honored by the US State Department

Luigi Tanzi, a father of five, remembers the day his daughter came to him with the surprising news. Chiara, his oldest, was just 22 when she told him of her decision to enter the convent of the Missionary Sisters of St. Charles Borromeo in Rome, a missionary order. “It’s like your daughter tells you she is leaving home to get married,” Luigi recalls — a naturally difficult moment for any dad. “But when she’s marrying Jesus, how can you possibly object to the groom?”

While many outsiders think nuns are making huge — even unbearable — sacrifices, it looks very different from the perspective of these women. They speak of their vocations as a joy and gift, rather than a burden. There are periods of trial and difficulty, but what anchors their vows is a deep and abiding love.

Sister Ann Kateri, 38, is a member of the community of the Franciscan Sisters of the Renewal. She was raised in a large and happy family in Washington, D.C., and after graduating from Harvard University began working with the poor for the Catholic Church. From the time she was 11, she felt a strong attraction to this kind of work, but also experienced a great desire for marriage. When her boyfriend — a wonderful Catholic man — proposed to her, she said yes, but then a great sadness descended on her. Caught by surprise at this reaction, she sought the reasons for her sadness and recognized she was being called to another life, a different sort of spousal relationship, one that — despite initial hesitation — has brought her tremendous joy. Listening to her heart clarified her call. She describes the day she professed her Final Vows as “by far the happiest day of my life.”

Sister Mary Star of Evangelization, 26, with the order of the Servants of the Lord and the Virgin of Matará, knows that same joy, although her path was different. She grew up Protestant in North Dakota, and didn’t meet a religious sister until she was in college and already on her way to being Catholic. She decided to convert after meeting a number of impressive Catholic students who helped her see a connection between faith and reason that she hadn’t seen before, especially since her father was a skeptic. Sister Star majored in chemical engineering and German, and looked forward to a comfortable life with a good job and a happy Catholic family. But that was not to be.

While working with FOCUS (Fellowship of Catholic University Students) after graduation, she met a community of religious sisters one evening and was so moved by their holiness that she sat and cried in the corner most of the night. She wasn’t initially certain that she had a vocation. “It was clear to me that I wanted that holiness,” she told me, but she still saw herself getting married, so she decided she was “just going to pursue marriage in the holiest possible way.”

She started spiritual direction and felt herself being drawn more and more to religious life. The surprising event that clarified her decision was similar to Sister Ann Kateri — a marriage proposal. A man she dated in college had broken up with her to become a priest, but due to some unexpected events, thought he may have made a mistake and starting pursuing her again. She had wanted nothing more than to marry him and start a family, so when she found herself strangely disinterested, she knew it was a sign. Total certainty didn’t come immediately, but it didn’t take long.

Sister Star says that after making her final decision to enter the convent, she experienced a tremendous happiness that showed her that she had made the right choice. “All my life, I had drawn my sense of myself and my satisfaction from having the love and attention of a man, but this time, it was God Himself who gave that happiness to me.”

The initial giddiness died down after a time, but Sister Star says it was essential that some of the initial consolation fade so she could be fully certain and choose her vocation in full freedom, rather than simply in her euphoria. She mentions certain temptations that came to her at that point, like the fear that she would lose her sense of uniqueness in donning the same habit and keeping the same schedule as all the other sisters in her convent. Instead, Sister Star says she has discovered how different they all are. Their “external” reality is the same, but their internal universe is uniquely personal. Perhaps most importantly, there is a deep peace and joy.

“If anybody had told me how awesome this was going to be, I would have become a nun a long time ago,” she says.