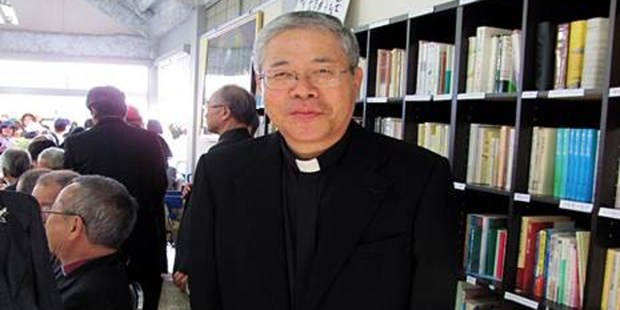 Also a fisherman and a poet, with expertise in haiku … and surprised by the pope choosing him for a red hat!

Pope Francis is known to surprise, even those who are his closest collaborators, and specifically the men he’s selected to be made cardinals.

He surprised again on Sunday, with some of his choices for cardinal being caught unawares.

The 14 men he named continue his trend of choosing cardinals who reflect the universality of the Church.

From Osaka, Japan, Pope Francis chose Archbishop Manyo Maeda, who said he was more surprised than anyone at the choice.

“I myself did not know about the announcement at all and I had no contact in advance,” he told UCANews. “Personally, I don’t think I’m the most suitable person to be a cardinal, so I still find it hard to believe.”

The archbishop is currently vice president of the Japanese bishops’ conference.

He was born in the Nagasaki prefecture in 1949 and ordained a priest for that archdiocese in 1975. He was ordained bishop for the Diocese of Hiroshima in September 2011.

In August 2014, he was transferred to his current see as archbishop.

In addition to his work for peace in Hiroshima, he has also worked for the beatification of some of the victims who suffered in the outbreak of anti-Christian persecution in Japan some 150 years ago, when more than 600 natives of Nagasaki died after being exiled with nearly 3,000 more from the region.

The archbishop also enjoys other talents and hobbies.

He is a fisherman and would often head out for a catch in his own boat as a parish priest.

He is also a poet, particularly mastering the haiku.