Why did Jesus call the Blessed Mother “woman”? 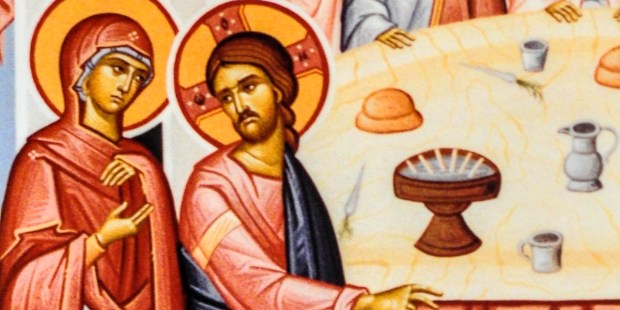 Was he being disrespectful? Or is it a translation issue?

When we address our mother, we typically use any number of affectionate names, like “mom,” “mama,” “mother,” etc. However, one word we don’t ever say is “woman”! Most of our moms would consider that disrespectful and expect an apology.

First of all, whenever we read something in the Bible in our native language, it is a translation. Translations can only go so far and in this case, it doesn’t fully express what Jesus was saying.

According to Fr. John Mayo, “The word for woman used in this context in the original Greek is in what is called the vocative case. When the noun, woman, is used in such a way, it is always meant as a term of respect or endearment.” One scripture scholar explained that the Greek word used is more like the word “ma’am” or “lady,” than the word “woman” as we use it.

However, while Jesus may have been addressing his mother in a respectful manner, why didn’t he call her “mom”?

Many scripture scholars point to another passage in the New Testament to explain Jesus’ word choice. In the Gospel of Matthew Jesus says to the crowd, “‘Who is my mother, and who are my brethren?’ And stretching out his hand toward his disciples, he said, ‘Here are my mother and my brethren! For whoever does the will of my Father in heaven is my brother, and sister, and mother’” (Matthew 12:46-50). In this way, Jesus wanted to emphasize that faithful adherence to the Gospel message is what is most important, transcending the physical bonds of family.

Another way to understand this word choice is that when Jesus addressed his mother at Cana, he wanted to show that his mission on earth was not aimed at performing miracles for his family members, but for the salvation of the whole world (cf. John 2). In this way Jesus did not respond to his mother’s request because of his familial ties, but because it was in accord with the will of God.

Additionally, many scholars connect Jesus’ usage of the word “woman” to the first “woman,” Eve. In Genesis God says to the serpent, “I will put enmity between you and the woman, and between your seed and her seed; he shall bruise your head, and you shall bruise his heel” (Genesis 3:15).

The Virgin Mary is often seen as the “New Eve,” who crushed the head of the serpent by her faithful obedience at the Annunciation, when the Angel Gabriel said she would bear the Messiah. In this context Jesus seeks to confirm his mother as the New Eve and hold her up and her instrumental role in salvation history.

Last of all, Jesus uses the word in his last moments before dying. He says to John, “‘Woman, behold, your son!’ Then he said to the disciple, ‘Behold, your mother!'” (John 19:26-27) This again points to something deeper. It is believed that Jesus used “woman” in this way to show how the Virgin Mary is not simply his own mother, but the mother of us all. He entrusts her to us, “the beloved disciple,” and encourages us to call her “mother.”