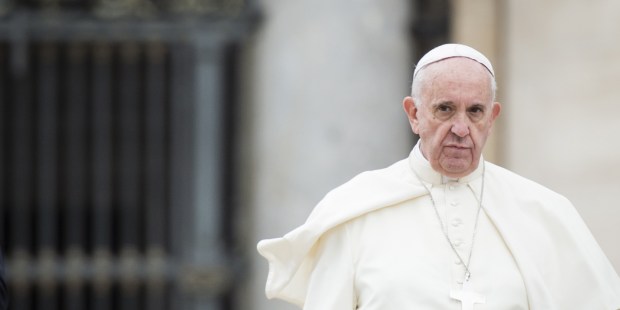 Drawing from the account of Jezebel and Naboth, pope says we need to be on guard, both with political leaders and in our own lives

Dictatorships advance by slandering persons or groups of people, such as happened with Hitler and the Jews, but also, Pope Francis warned, as is happening in many countries today.

The pope said this today in his morning homily, drawing from the First Reading, from the First Book of Kings, which recounts how Jezebel, the cruel wife of King Ahab of Samaria, used slander and falsehood to have Naboth killed in order to take possession of his vineyard, which her husband greatly coveted.

The story of Naboth is repeated in the story of Jesus, St. Stephen, and all the martyrs who were falsely condemned with slander, the Holy Father remarked.

It also reflects the ways of  “many heads of state or government,” Francis said. One begins with a lie and, “after having destroyed both a person and a situation with slander,” one judges and condemns them.

So many people, and so many countries destroyed by evil and calumnious dictatorships! Let us think, for example, about the dictatorships of the last century. Let us think of the persecution of the Jews, for example. Calumnious communication against the Jews, and they end up in Auschwitz because “they don’t deserve to live.” Yes, it is a horror, but a horror that also occurs today — in small societies, with individuals, and in so many countries. The first step is to take over communication, and from there, destruction, judgement, death.

Read more:
What’s the pope got to say about fake news?

Francis warned that this same thing can happen in our own lives, as we destroy a person with gossip, slandering and spreading scandals. Gossip has great seductive power, he warned.

The pope said James the Apostle speaks precisely of the “destructive capacity of the tongue.” He thus exhorted Christians to re-read the episode of Naboth and think of  the many people and countries destroyed by dictatorships of “white gloves.”

Read more:
How to recognize when you’ve fallen into gossip, and pull out of it before you sink