The desire to break free from colonial design sparkled some unique architectural structures.

We know churches can take a thousand different shapes and forms, from the curbed dome of St. Peter’s Basilica in Rome to the sharp pinnacles of Notre Dame in Paris. But no matter their form, they usually tend to look like, well, churches. But many architects in post-colonial India defied the idea that a church can only take the shape of a church. What about a boat or a giant star? These and more unusual shapes were the product of a wave of post-colonial Indian designers who tried to break away from colonial styles, such as neo-Baroque or neoclassical, towards more original architectural solutions.

As Prof. George Menacher, a historian of the Syro-Malabar Church, explained to Quartz, the new designs are not part of a coherent movement but rather represent different takes on the effort to build “new” churches, often driven by cost-efficiency needs. For example, the use of big halls, mostly of rectangular or circular shape, was a way to accommodate large amounts of people. New and cheaper materials available from the 1950s onward, such as concrete, were promptly adopted instead of more traditional wood or stone, in order to keep costs down.

The result, though, seems to be the product of a creative and subversive mastermind that mixed classic Christian elements with local motifs and a sparkle of kitsch. When photographers Stefanie Zoche and Sabine Haubitz visited India between 2011 and 2016 they were struck by such idiosyncratic buildings and they decided to work on a photographic series, called Haubitz + Zoche: Postcolonial Epiphany, currently on show at Zephyr—Space for Photography, in Mannheim, Germany until August 26.

Here are some of the photos in the collection: 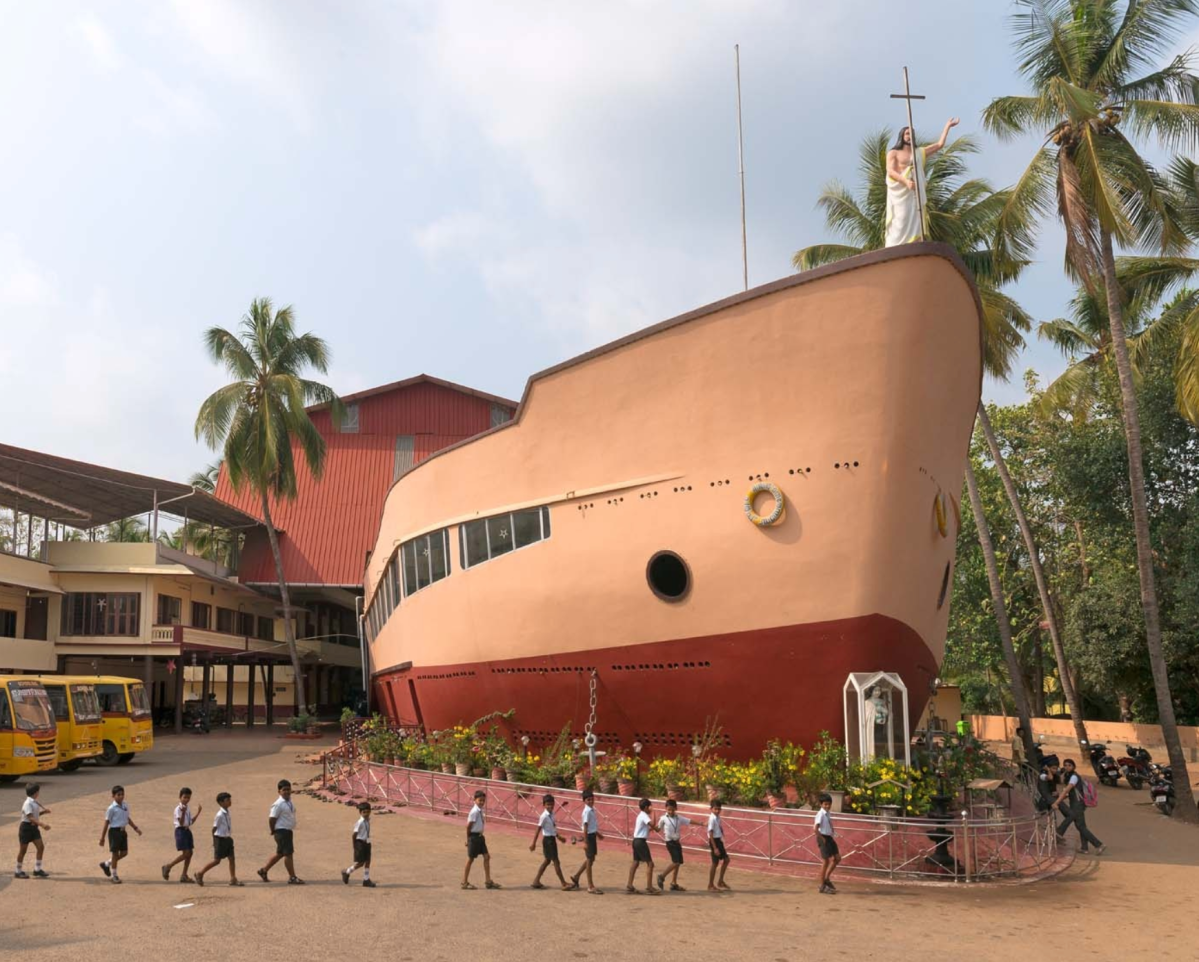