3 Ways to clean up the Church, from St. Robert Bellarmine 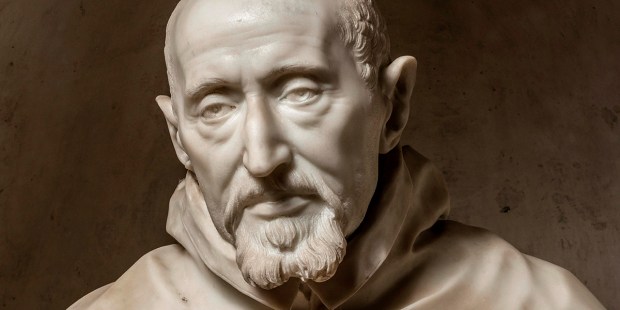 His response to the trials he faced in the 16th century gives us a template we can apply today.

While the Church struggles with the abuse crisis of our day, we know from history that this isn’t the first time the Bride of Christ has suffered vicious attacks from the devil. Looking back at past instances, we can take hope in this truth: in the Church’s most difficult hours, God sends saints to help restore His Church. A saint we celebrate this week (September 17) is one such example. St. Robert Bellarmine gives us three clear ways in which the Church can be reformed.

St. Robert Bellarmine was born in 1542 in tumultuous times, just a few decades after the outbreak of the Protestant Reformation. He was born to poor but noble parents, the nephew of a pope who reigned for 22 days. He joined the relatively new Jesuit Order at the age of 18, and excelled in his studies. He was ordained a priest, and before long he was teaching at one of the most prestigious universities in Rome, where he taught for many years.

A commitment to clear teaching

As a theologian, Bellarmine helped to improve and revive the state of Catholic theology, the decayed state of which had partially led Martin Luther, John Calvin, and others to challenge the Church’s teaching. Bellarmine focused especially on Church history and the writings of the Church Fathers, and wrote lengthy replies to the Protestant positions. His book On the Controversies became a standard of Catholic thought for centuries. He also sat on the commission that revised the official Latin text of the Bible, the Vulgate. Bellarmine understood that the Church’s mission is rooted in its message, and that message had to be adequately explained and taught to others.

A commitment to truth and fairness

Two incidents showed clearly Bellarmine’s commitment to the truth and to fairness, even in the face of power. Though popes had claimed a direct authority over kings, Bellarmine wrote that history and theology showed that papal power over temporal affairs was at best indirect. This angered Pope Sixtus V, who wanted to exercise more control over the Christian kingdoms of Europe. His plan to put Bellarmine’s work on the Index of Forbidden books was prevented only by his death. The next pope, Gregory XIV, gave the book special recognition.

Bellarmine also participated in one of the most memorable controversies in the Church’s history: the Galileo affair. When Galileo Galilei proposed that the Earth revolved around the sun and not vice versa, his theory was controversial, not only within the Church, but among other scientists, as Galileo’s theory had not been sufficiently proven empirically. Bellarmine took the position that if Scripture seemed to indicate otherwise, and that Galileo’s theory had not been proven, we should err on the side of caution and not go against Scripture. However, Bellarmine wrote that if it could be demonstrated scientifically that the earth does indeed revolve around the sun, and that the Scriptures that suggest otherwise could be interpreted faithfully, he could indeed believe it. It would have been simple enough for Bellarmine to merely declare Galileo wrong, but he kept an open mind, even to what he thought was highly improbable.

Read more:
Kill them all and pluck out your eyes: Understanding Scripture’s hyperbole

A commitment to service

Bellarmine was named Archbishop of Capua in 1602, and he kept in mind that his place as a bishop was to serve the people of God. In his ministry, he found many ways to do that. The Council of Trent, which was called to answer the challenges of the Protestant Reformers and reform the abuses that had crept into the Church, had concluded 40 years earlier, but its decrees and canons has still not been implemented in many places. Bellarmine set out to reshape his new diocese. For one, he actually went to live there! One abuse that the Council addressed was the habit of bishops not living in their dioceses, but simply collecting Church taxes and neglecting their flocks. Bellarmine came to Capua and served as its true spiritual father. This also included ensuring that his priests received a proper theological education, so that they would feed their flocks with sound teaching.

Bellarmine was also known for his great charity. He ate only what the poor would eat, and he would even take the tapestries from his walls and use them to clothe the needy, saying “the walls won’t catch cold.”

In a time of great upheaval in the Church and society, St. Robert Bellarmine shows us how a commitment to truth, clarity, and charity can carry us through.

Read more:
St. Teresa had to defend the Church against attacks from the inside