Three-year-old Mary's cancer has energized people to help others ...

“There is no God here, in the pediatric oncology ward,” said one mother, sitting by the bed of her suffering two-year-old son, who was sick with cancer.

Unfortunately, I understood her well. There was a time when I sat by the bed of my own son in the same hospital, fighting to understand, not to doubt, to keep on believing and trusting.

This is why the story of Mary, who is barely three years old, and her parents, who have trusted so much despite the medical statistics, has touched me. And when you trust, miracles happen, although not necessarily the ones you expect.

It started quite innocently. Three-year-old Mary started vomiting often and was initially treated for reflux. When one day the parents saw a gastroenterologist, she urgently sent them to the hospital emergency room. There was a quick CT scan, followed by the most difficult moment: a heart-rending diagnosis.

“A neurosurgeon came to tell us the news,” remembers Agata, Mary’s mother. “He informed us that the CT scan detected a large brain tumor. He said that the next day they would perform an MRI of her head, and while she was still under anesthesia, he would perform the surgery to remove the tumor. I remember the other doctor holding me up by the arms, just in case I were to lose my strength.”

“The next day after the MRI,” the parents continued, “it turned out that the tumor was much larger than the CT scan originally showed, that it was very vascular and that the surgery would carry enormous risk, with all possible complications. However, if we didn’t do it, Mary would die.”

Fortunately, the surgery went well, but after two weeks came another blow. The pathology report showed Mary’s tumor to be a very aggressive, malignant stage IV medulloblastoma. The prognosis was very bad.

A time for action

After the initial shock, the parents went into full fight mode. They posted information about their daughter’s situation on social media. The wave of help that flowed in was so great that a special closed group had to be created on Facebook. Friends joined, then friends of friends. What started as a small group from a local community became a large group of people from throughout Poland, all wanting to help Mary.

Heaven was stormed: more and more people promised prayers, multiple Masses were celebrated for her intention, pilgrims offered up their kilometers for her, and many offered to pray novenas.

But no one was idly waiting for a miracle. There were all kinds of fundraising events going on to help with the costs of Mary’s treatments; medical records were translated so specialists from other countries could consult. There was even a group of volunteers who renovated Mary’s and her older sister’s room. There continue to be many ongoing gestures, small and large, as well as simply quiet presence, remembrance, readiness to listen, and shoulders to cry on. 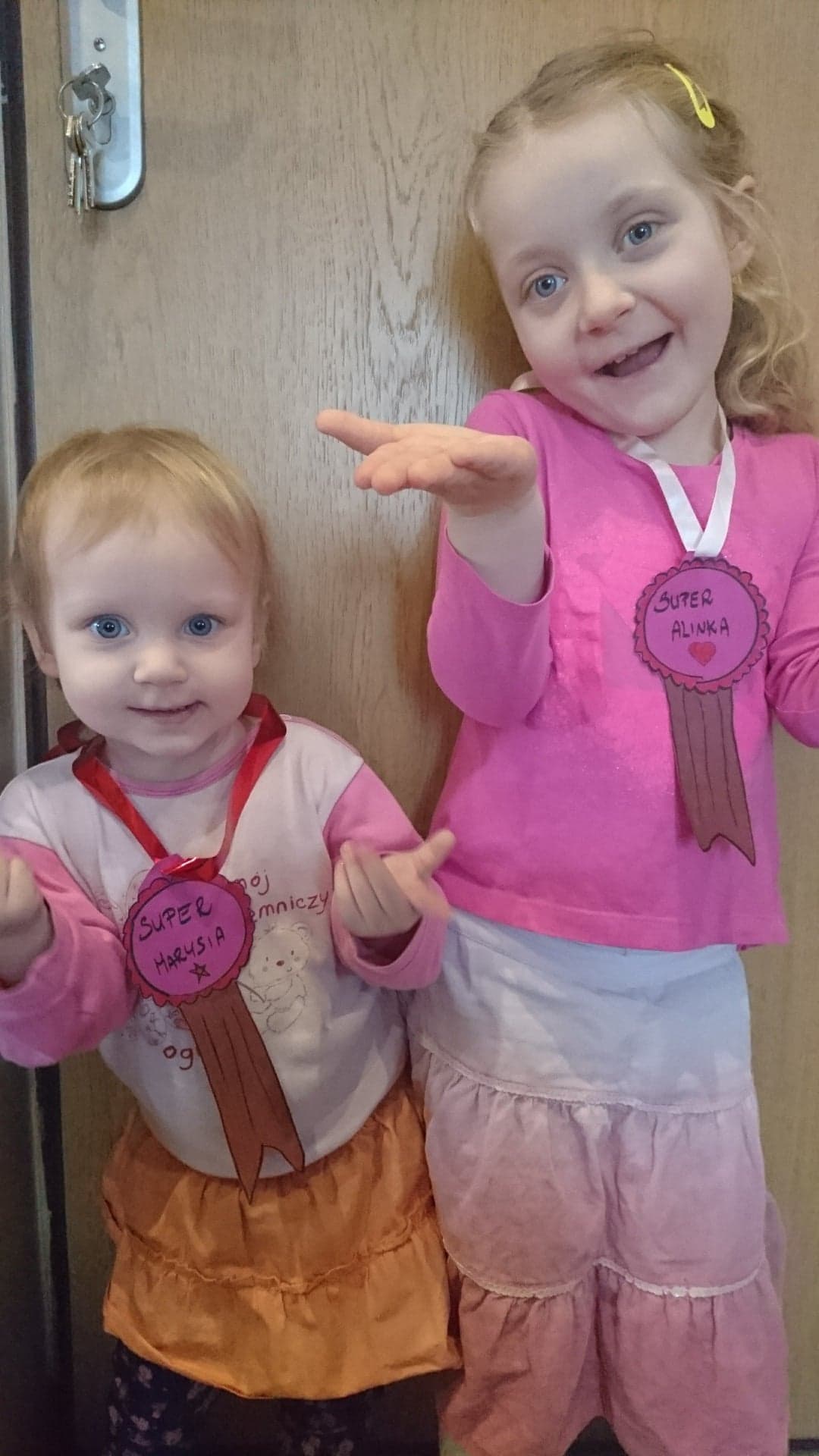 The parents have never lost hope, and are trying to see a deeper meaning in their daughter’s illness.

“So many hearts have been moved and made more sensitive,” says Agata. “People want to do good, they are rediscovering their faith in goodness, they are returning to their relationship with God, and to daily prayer. Some are returning to the sacraments after many years. They are learning gratitude, and renewing their priorities. Witnessing a child’s suffering is a special kind of retreat,” says Mary’s mother.

Her words are confirmed by people who, moved by Mary’s fate, changed their lives:

“Mary, thanks to you I pray more, and my faith has become deeper. I feel that thanks to you I am closer to God. This transformation cannot be for nothing! I believe that I am not the only one who feels this way.”

“Your little Mary and her story affected a great change in me. I work in a hospital, and after many years you have awakened new resources of energy, empathy, and sensitivity that my patients need from me, regardless of my being exhausted, and having an achy back or tired legs. Let Mary’s miracle continue.”

“Mary, thanks to you I started to believe, and I remain in that faith together with your parents. I hope you make it back home.”

“I believe that in those three months of illness that we have gone through, Mary has changed more hearts than many adults have in their entire lives. This awareness gives me strength in the most difficult moments,” sums up Agata.

Is there any sense to children’s suffering?

How do you deal with your child’s suffering? I ask Mary’s parents this difficult question. Mom answers and her words are very moving:

“We’re afraid of suffering, especially if we don’t choose it. Jesus himself was afraid of suffering and death, and he asked his Father to take that cup away from him. It’s natural, normal, and human. We want to live happy, healthy, joyful lives, without pain, without worries and cares. That’s our survival instinct. But …

“Suffering exists, everywhere around us. Greater or smaller, long or short, physical or emotional. There’s illness, death, failure and hurt. Such is life — it has been and will be like that. Suffering exists; we can’t do anything about it.

“We can choose what we do with it, how we take it, how we approach it. We can be sad, devastated; we can drown in it and complain. We can blame others — God, reality, the system, sometimes particular people. But we can also accept the situation, and seek in it motivation for goodness and growth.

“Jesus said that whoever wants to be like him should take their cross and follow him. Accept it, carry it and walk. Do good. Through his suffering and death, Jesus saved the world. So this is the path to holiness, to salvation.

“Mary is suffering and she is changing people’s hearts. She inspires goodness in them, she motivates them to act, help, and pray. Maybe illness and children’s suffering are supposed to shake us adults and remind us of our priorities, make us sensitive to goodness and other people? Maybe it forces us to stop our daily rush and turn our thoughts to God, the Lord of life and death? And maybe it teaches us to appreciate what we have — our relationships, possibilities, health, material goods? Maybe it will energize us to help others?”

“What lessons and conclusions we reach depends on us … ”

And what about Mary?

Mary is fighting. She’s been in the hospital for almost four months now. Doctors consider her condition difficult. She has had only two chemotherapy treatments because she keeps having infections and complications following the difficult surgery to remove the tumor. Her parents hold on to hope, but they are also looking for specialists from other countries who could help their daughter. Whatever the outcome, they know that Mary is in God’s hands.