What are Gregorian Masses for the dead? 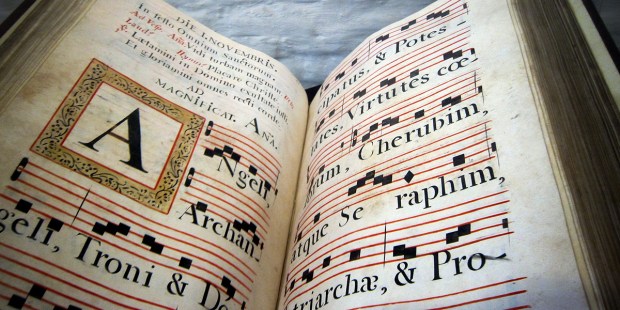 This ancient practice honors the dead for 30 consecutive days.

In the sixth century there was a monk named Justus who died at the monastery of St. Andrew in Rome, founded by St. Gregory the Great. Gregory recounts a miraculous event connected to this monk in his book titled Dialogues.

Initially St. Gregory began to think of a way to help the deceased monk, to speed his way on to Heaven.

[After Justus died] I began to take compassion upon him, and [thought of] what means there was to help him: whereupon I called again for Pretiosus, Prior of my Monastery, and with an heavy heart spoke thus unto him: “It is now a good while since that our brother which is departed remains in the torments of [purgatory], and therefore we must show him some charity, and labour what we may to procure his delivery: wherefore go your way, and see that for thirty days following [the sacrifice of the Mass] be offered for him.

Then St. Gregory recounts a vision one of the monks had of Justus.

In the mean time, my mind being busied about other affairs, so that I took no heed to the days how they passed: upon a certain night the same monk that was dead, appeared to his brother Copiosus: who, seeing him, enquired of his state in this manner: “What is the matter, brother? And how is it with you?” to whom he answered thus: “Hitherto have I been in bad case, but now I am well; for this day have I received the communion [with God]”

The monks went back and counted the days. It turned out that Justus appeared after the celebration of the 30th Mass. From this story a tradition was spread that consisted of celebrating 30 consecutive Masses for the intention of a freeing a particular soul from purgatory.

This practice is now called “Gregorian Masses,” recalling its origin in the life of St. Gregory the Great. While most parishes are unable to fulfill such requests, various monasteries and seminaries across the world are able to offer 30 consecutive Masses.

It is a beautiful practice, one that honors the dead with the greatest prayer of all time.

One group that is able to say Gregorian Masses is the Catholic Near East Welfare Association. This papal agency assists people across the Middle East, Northeast Africa, India, and Eastern Europe. To obtain Gregorian Masses from CNEWA, click here.

Another agency that is able to provide these Masses is Aid to the Church in Need. The donation that makes it possible for priests to focus on your loved one for 30 consecutive days also enables this pontifical charity to serve the persecuted Church or those in rural or under-served areas most in need. To obtain Gregorian Masses from Aid to the Church in Need, see here.

Read more:
What are Mass intentions?

Read more:
St. John Paul II’s first 3 Masses were for his mom, dad and brother on All Souls Day