Burning witches and falling off the edge of the world: What was medieval life really like? 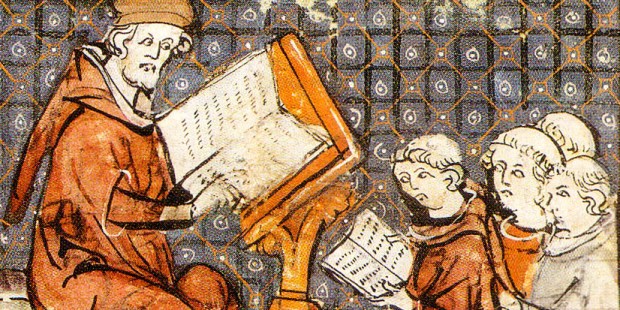 Well, in fact, people are generally misinformed. Columbus was hardly the first one to figure out the world isn’t flat.

One of my pet peeves is the use of the word “medieval” as a pejorative. If someone says an idea is “medieval thinking,” they generally don’t mean it positively. Related to that are a host of tropes about the medieval world that are commonly accepted, the sort of thing that “everybody knows.”

Yet, as is often the case, a better description for “what everyone knows” would be “what everyone is mistaken about.” Here are three common misconceptions about what medieval people thought.

One claim we often hear is that medieval people believed the world to be flat, and that it was only in the period of the Enlightenment and the Age of Discovery that the likes of Columbus and Magellan proved that the earth was in fact round. This supposedly demonstrates the medieval opposition to science and rational investigation of the world, that if only they had bothered to try, they would have discovered this very basic fact.

Yet, far from being ignorant of the earth’s roundness, the medievals were well aware of this fact, and actually held it as something easily known.

In the very first article of his Summa Theologiae, St. Thomas Aquinas discusses how different branches of science can reach the same conclusions through different means. The example he uses? The roundness of the earth. “For the astronomer and the physicist both may prove the same conclusion: that the earth, for instance, is round: the astronomer by means of mathematics (i.e. abstracting from matter), but the physicist by means of matter itself.” (ST I, a. 1, q. 1, ad. 2)

The scientific method developed in the Enlightenment period did not spring out of nowhere. It was a refinement of the practices of the medieval “natural philosophers,” people like St. Albert the Great and Robert Grosseteste, who were exploring the world around them in a systematic way so as to better understand God’s creation. Far from being “anti-science,” the medievals were deeply curious people.

Read more:
This martyr found her way to the Faith by reasoning about creation

Another idea falsely attributed to medieval times is the “divine right of kings.” While from ancient times on, many rulers had claimed some sort of divine mandate for their position, this term refers specifically to the idea that the king is appointed by God and thus is over every other power.

But this political theory was more a product of the 16th century than the 6th. Henry VIII’s proclamation of himself as head of the Church of England and James I’s idea that kings were “God’s lieutenants” attempted to set state over Church and make the monarch the absolute ruler of his kingdom.

While many medievals did hold that the king was chosen by God to rule, they did not give him the total authority that the later holders of the “divine right” theorists did.

St. Thomas held that the best form of government was a mixture of monarchy, aristocracy, and democracy, and that if a monarch were to turn tyrannical, he could rightfully be deposed or overthrown. These are hardly the beliefs of “anti-democratic authoritarians”!

Read more:
Perhaps no one shows better the Faith-Science alliance than this saint

It’s true that burning at the stake was a common form of execution for various types of crimes throughout the medieval period, and certainly we would not defend such a cruel method. But it’s not as though the Enlightenment ended this practice—indeed, the last judicial executions by burning took place in Germany in 1804!

But the idea that the medievals were a superstitious people who were obsessed with witchcraft and paranoid about women is demonstrably false. The great spate of witch-burning with which we’re familiar took place in the 16th and 17th centuries, well after the medieval period had ended. As one historian has noted, though we often think of magic and science and being opposed to each other, we often find that they tend to wax and wane together—that periods of history especially enthusiastic about scientific research also become interested in magical practices because both are concerned with power over nature. But since the medieval interest in science was more contemplative than practical, it did not develop the taste for magic or the occult that would come up in later periods.

Contrary to popular belief, the medieval period, the age between the ancient world and the modern world, was not backward or benighted, but one of great learning and piety. Some of the greatest works of philosophy, theology, and literature were composed in that time. Far from a put-down, “medieval” should be a compliment!

Read more:
Artificial intelligence and the renewed relevance of philosophy