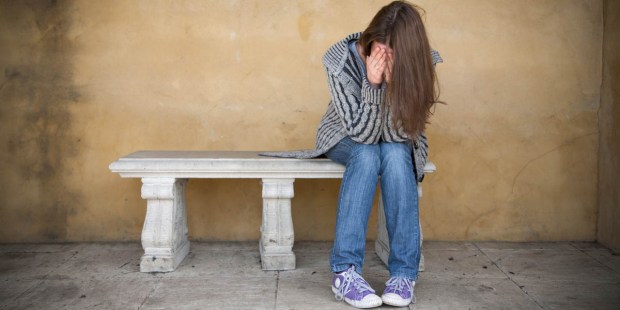 Denver mom gets archdiocesan support to help growing number of teens considering ending their own lives.

Suicide is the 10th leading cause of death in the United States. But among people aged 15 to 44 in Colorado, it is the second biggest cause of death. Sullivan told Aleteia that Colorado media no longer report on teen suicides in hopes of curbing the trend.

Moved by the experience at her daughter’s school, Sullivan decided to do whatever she could to help prevent suicides.

It happens that Sullivan is the coordinator of the Office of Child and Youth protection for the Archdiocese of Denver. She thought the Church could do its part to help prevent suicides.

The Archdiocese of Denver agreed.

Sullivan connected with Alexandra Yannacone at the University of Colorado’s Helen and Arthur E. Johnson Depression Center. Yannacone is the manager of community programs and a suicide prevention trainer. In early 2018 she visited parishes across the Archdiocese of Denver to provide training in something called QPR.

QPR — which stands for questions, persuade, and refer — is a method of suicide prevention developed in 1995 by Paul Quinnett of the University of Washington.  Quinnett envisioned QPR as a form of CPR for mental health emergencies. It interrupts the crisis and gives bystanders a chance to call in professionals.

Training in QPR involves learning about warning signs, the questions to ask a suicidal person, and how to get professional help fast.

QPR is effective because it is easy to “reach a large audience who have no idea what to do,” Yannacone said. QPR has become more important as suicide rates have gone up in recent years.

Yannacone said “people want there to be a definite reason” why a young person would take their own life, but there is no such explanation.

Researchers do know there are many factors that can play a part in suicide. Underlying or undiagnosed mental health issues, relationship issues and substance abuse are some of the factors.

Yannacone pointed out that teens now spend more time on social media than ever before. This can lead to having lots of contacts but few real friends. When faced with issues like bullying, a lack of real friends can make problems seem bigger than they are.

Several common myths also get in the way of helping prevent suicide. Yannacone said many people believe that asking someone if they are thinking of suicide can plant the seed in someone’s mind. “You can’t make someone suicidal by asking about it,” Yannacone said.

People also often believe a suicidal teenager will talk to an adult about their feelings. In fact, a teen considering suicide is most likely to confide in their friends. In turn, those friends are afraid of hurting their friendship and don’t tell an adult.  Suicide prevention programs for teens help them know how to react if they learn a friend is suicidal.

Social media comes with its own pitfalls. Many social media channels have some mechanism for reporting a possible suicidal post. Yet it is easy to dismiss someone’s online cry for help as simple attention seeking.

In the long term, Yannacone said the best way to protect against suicide is helping teens build coping and problem solving skills.  Kids who are “never given the chance to fail and grow from it” often miss out on building those skills.

Denver is not the only archdiocese that has turned its attention to suicide prevention training. In 2012 the Archdiocese of Oklahoma added suicide prevention training to the services at its Family Counseling Center. Aimee Ryan, director of social work for Oklahoma Catholic Charities, told Catholic Charities USA, “We’re trying to help participants see that it’s more typical for people to cycle through stressful times. Research shows that with the right support most people in a crisis go on to live happy, productive lives and many never have a mental health crisis again.”

Read more:
What Catholics must do for a world plagued by suicide

For more information on suicide prevention or support for survivors, visit these websites:

-QPR Institute provides training in suicide prevention. The QPR method is appropriate for anyone over the age of 18 and can be taught in about an hour. Visit QPRinstitute.com

-The American Foundation for the Prevention of Suicide offers information on suicide prevention, postvention, what to do if someone you care about it suicidal, and telephone numbers for various crisis lines. Visit asfp.org

-The Canadian Association for Suicide Prevention offers information on what to do if you’re concerned about someone and a list of 24-hour crisis phone lines to call for help if you are suicidal. Visit suicideprevention.ca

-In the UK, Papyrus, an organization focused on preventing youth suicides, offers a comprehensive set of resources if you’re worries about someone or are feeling suicidal. Visit papyrus-uk.org

If you are struggling with the death of a loved one by suicide, most Catholic dioceses in the U.S. offer bereavement ministries. Contact your dioceses pastoral center for more information.

In the Chicago area, Loving Outreach to Survivors of Suicide (LOSS) offers a variety of programs to help survivors grieve. LOSS is part of the Catholic Charities of the Archdiocese of Chicago but offers assistance to people of all faiths.