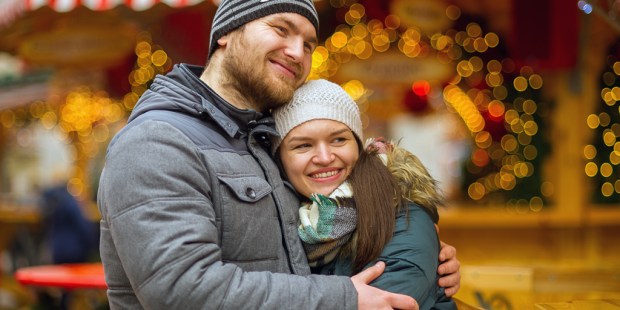 The saint who counseled many married couples used 3 metaphors when it comes to married love.

Marriage, says St. Francis de Sales, is a knitting together of two hearts. It’s a joy available to the rich and the poor alike and one of the surest ways to find happiness.

Francis was the bishop of Geneva in the early 17th century, and as a bishop he was never married, but over the years, as he participated in the lives of his parishioners, he grew to know the challenges and needs of married people. So although he speaks of marriage second-hand, his wisdom about how to maintain a strong marriage is profoundly insightful.

In his book, Introduction to the Devout Life, Francis devotes an entire chapter to counsel for married people. As I read it, I was struck by his metaphors. He writes of how a wife is like a precious pearl, and how a couple are united as bone of bone and flesh to flesh. He advises that a husband and wife are in it together, and we either win as a team or lose as a team. When spouses forget about themselves and live for each other, both are made happier, and each loving sacrifice becomes a source of satisfaction.

I’ve been married now for almost 18 years. The greatest challenge over all these years has been to not to take it for granted. When reading Francis, he emphasizes that spouses ought to treasure each other, and I have to ask myself when was the last time I really looked at my wife, truly saw her, and considered how wealthy a man I am. Here she is, my greatest treasure, sitting on the couch nursing the baby, the toddler clinging to her arm, and our oldest daughter quietly embroidering next to her. My wife is a magical creature who is mothering six children and yet somehow still finds a way to make me hot chocolate when we come in from sledding with the children. Perhaps that’s the first lesson Francis teaches about marriage — to simply take the time to see each other again as if for the first time, and appreciate all the little ways we’ve grown together over the years.

A mere glance is enough to reveal that generic feelings of love aren’t enough for a strong marriage. Married love is sacrificial and it is specific. This is the person to whom I give my heart. This is the woman I love even when I don’t feel like it, even when we’re upset at each other, even when we’re buried in job stress and parenting duties.

Glue your hearts together

Francis points out that, in carpentry, two boards that are properly glued together will never break apart, and the board itself will break before the glued seam does. He compares this to how a person is “glued” to his spouse, and will come apart at his own soul and body before breaking apart from his spouse. The bond between husband and wife may be the strongest thing in the universe and it outlasts even death itself. Francis is careful to point out that this bond is physical but also extends to our thoughts and affections. A spouse comes first, and no other relationship, friendship, or work obligation should be allowed to take precedence.

Stamp your hearts with an image of each other

Francis talks about an unusual custom at weddings, “In olden times,” he writes, “finger rings were wont to be graven as seals.” The wedding ring represents a seal that is set on the heart. It is an image of that the hearts of the spouse belong to each other. When a letter is sealed, a drop of hot wax is pressed with a stamp until the wax takes on the image engraved on the stamp. This is what happens to our hearts in marriage, they change shape. There is only one key that unlocks my heart, and my wife alone possesses it. At its most simple, the seal represents fidelity and how two hearts now beat for each other.

Francis says that children enter into the love of the family and expand it. Love makes our hearts bigger, and in the expansion of a family there is also an expansion of the love between a husband and wife. Of course, not everyone is able to bear children, but the principle itself isn’t limited to biological offspring. Adoption is a beautiful act of love that expands a couple’s hearts. Nieces and nephews are a beautiful thing — even the little ones who live next door can offer a couple a chance to embrace children in some way. Recently I was at a funeral for a man who was childless, but every single relative there said that he was like a second father to them.

In whatever situation married couples are in, they can find a way to make their hearts bigger by loving those around them. In the end, this gift to others makes a marriage stronger.

Marriage is meant to be sweet, says Sr. Francis, it only becomes bitter if we don’t maintain it. So take a breath, pause, look at each other with new eyes, renew the affection and sacrificial love you first vowed to on your wedding day, and say to yourself, this is my beloved, the heart of my very own heart.

Read more:
How joint projects can strengthen your marriage