Why every Catholic needs to see Chartres Cathedral

Orson Welles called it, “The premier work of man perhaps in the whole Western world.”

Chartres Cathedral is still as much on the pilgrim route as the tourist trail, which means it doesn’t receive the attention it should. The best introduction to it is Episode 2 of the first and probably still the greatest TV art show ever aired. To see Sir Kenneth Clark on Civilisation (1969) is to fall in love with a building that also impressed the multi-talented American, Orson Welles. He called it “The premier work of man perhaps in the whole Western world.” In this he wasn’t disagreeing much with Sir Kenneth and his clipped British accent a few years earlier. Standing at a distance from the cathedral, with acres of flower-filled meadows in between, Clark rhapsodized about “Our belief that God may be approached through beauty.” 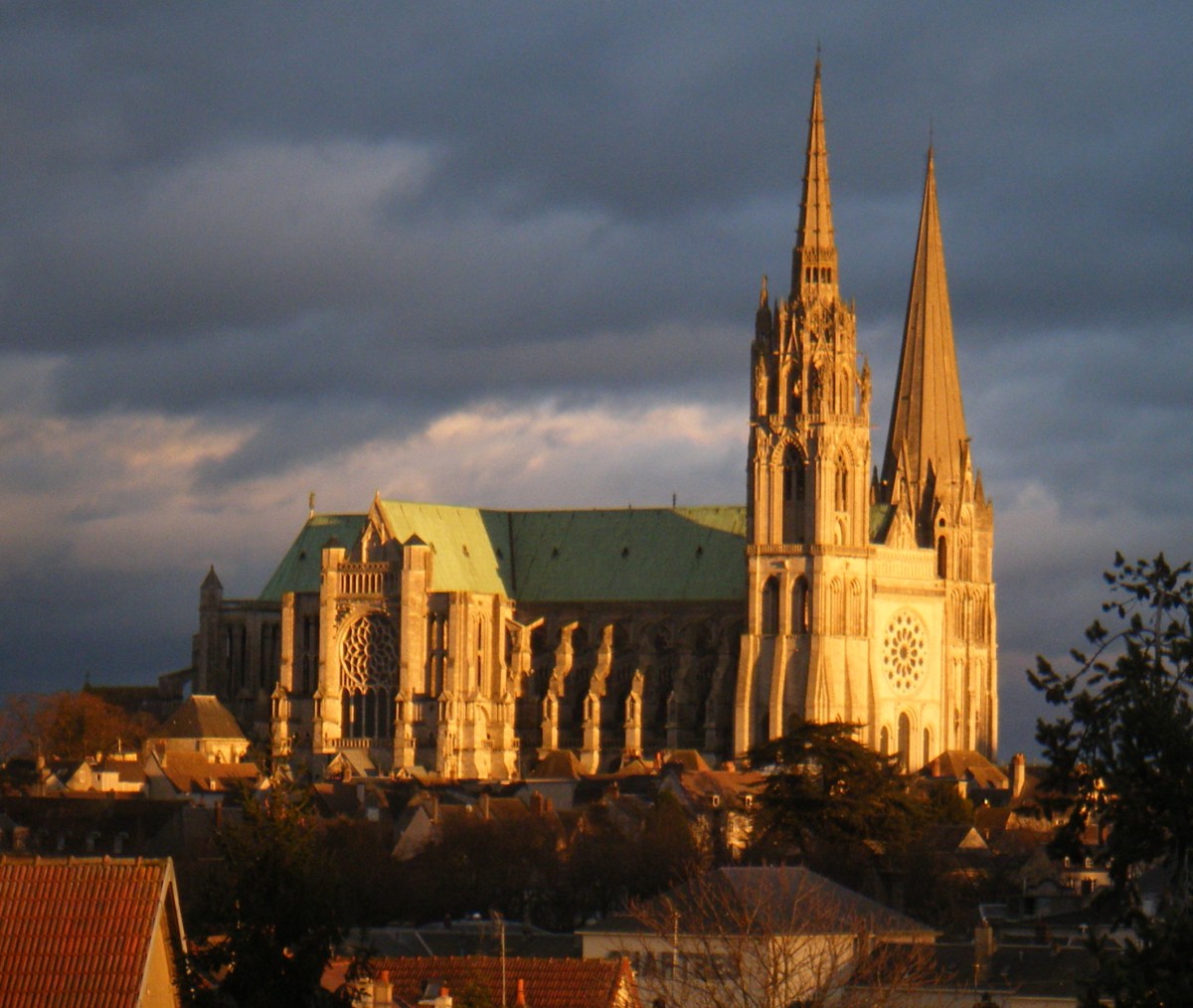 Little about Chartres has been lessened in the centuries since it was built, around AD 1200. To be precise it was rebuilt then, as there had been several cathedrals on the site going back to the 9th century. After fires and Viking attacks had destroyed the earlier buildings, this one was started in 1194 and work continued well into the 13th century. The consecration was not until 1260, in the presence of King Louis IX, a rare example of a king who also became a fully canonized saint. Since then it has survived fires, the Wars of Religion, the French Revolution and the Second World War, which was perhaps its closest call. The cathedral was saved by an American, Colonel Welborn B. Griffith Jr. In the commendation for his posthumous Distinguished Service Cross it was stated that: “Upon observing fire being directed at the cathedral in the center of the city, with utter disregard for his own safety, Colonel Griffith, accompanied by an enlisted man, searched the cathedral and finding that there were no enemy troops within, signaled for cessation of fire. Continuing his inspection of outlying positions north of the city, he suddenly encountered about fifteen of the enemy.”

His heroic death is still commemorated by the people of Chartres. Without him, all that would have been left is the stained glass. This has always been the greatest glory of the cathedral and had been removed in 1939 before the Germans invaded France. It is an astonishing survivor. Most of the windows are from the 12th and 13th centuries, making them the oldest complete group in existence. The full range of medieval life is represented in the most stunning colors and patterns. There is everything from gospel stories to educate the unlettered about the life of Jesus, to images of local crafts such as barrel making, as the sponsors of some windows were from the local business community. The grandest of all the massive rose windows is the one that faces west. Appropriately, the direction of the setting sun has been used to represent Judgment Day, with Christ in Majesty at the window’s center. The scenes of this event in stained glass have few harrowing images of what damnation might look like.

It was not the stunning stained glass that made Chartres one of the most important pilgrimage sites of the Middle Ages. Instead it was something much less visible. The Sancta Camisa, a robe or veil worn by the Virgin Mary, was supposedly brought to the cathedral in the 9th century and has attracted pilgrims ever since. Unlike the Turin Shroud, dating techniques have shown encouraging results; scientific analysis indicates that it is from the 1st century AD.

The glories of the inside of Chartres Cathedral are matched by the marvels of the exterior. This was the building that set the style of Gothic architecture. It is still the finest example of what was then a new look and one that is still being replicated today. It is among the finest examples of harmony in proportion, an art that was as highly regarded in the Middle Ages as it was in classical antiquity. The presence of Pythagoras among the sculptures outside confirms the importance of mathematics. The sculptures are another of the cathedral’s attractions, with their variety of grace, charm and originality. So impressive was the exterior of the building, it has attracted the attention of many artists. Two of the most prominent were the Jewish painter Chaim Soutine and the Catholic Jean-Baptiste-Camille Corot.

Despite surviving all the calamities of European history for 800 years, there is an aspect to Chartres that is often called its contemporary “destruction” or “desecration.” The recent repainting of the interior has caused considerable anguish. On one side are those who like the gloomy and mysterious interior of the past. On the other side are those who are aiming to re-create the fresh, light-colored look – plus some faux marble – that those soaring walls started off with. It’s the type of aesthetic argument that rages in all areas of the art world. Perhaps we should just be grateful that this anonymous masterpiece of architecture exists at all, thanks mainly to a 43-year-old Texan.