A former White House speechwriter discovers a secret to holiness 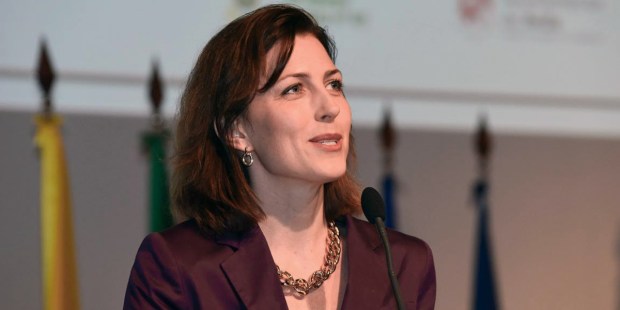 The Sacred Heart is a saint maker.

Colleen Carroll Campbell has written two books about her walks with saints. First, saints as sisters – including the likes of Teresa of Avila, Faustina Kowalska, Edith Stein, and Mother Teresa. In the second book, released just a few weeks ago, she writes as a recovering perfectionist, having “immersed” herself “in the stories and struggles of recovering perfectionist saints.”

Her deep dive has helped her appreciate “how many different types of people walked this path before me. They were soldiers and scholars, bishops and beggars, mothers and monks. Some perfectionist saints were studious and scrupulous; others were congenital romantics or compulsive worker bees.”

But the common trait among them? “Almost to a person, they were intensely devoted to the heart of Jesus.”

June is the month traditionally dedicated to the Sacred Heart. But many find the whole idea of such a devotion odd at best – Campbell herself found the pious pictures she had grown up around of “a sad-eyed, slightly androgynous figure pointing to an exposed blood-red heart,” the heart “usually encircled by thorns, pierced by a lance or dripping with blood, and almost always crowded with tongues of fire and a cross” as “maudlin.”

She’s quick to say that that didn’t mean she didn’t feel “a twinge of sorrow” when she’d see them, “particularly when I was a little girl and I’d spot them on a holy card or hanging in the church vestibule just after I’d nursed an ugly thought about my older brother or repeated some schoolyard gossip.” At those times, they would have the intended effect; Campbell would briefly reflect on “how much Jesus suffered for me and how ungrateful I was in return.”

As she grew older, the Sacred Heart images “became like so much wallpaper in the background of my spiritual life.” There was never deeper instruction or discussion of what they were all about. They seemed like throwbacks meant “to make you feel guilty and sad.”

That was until she was 24, having recently experienced an unexpected renewal of heart during a charismatic Mass, she “stepped into the field house of Franciscan University of Steubenville and saw the Sacred Heart of Jesus as if for the first time.” This image “had no pastels or gauzy haloes. Its background was black and the bust of its realistic, gaunt-yet-masculine Christ emerged as from a shadow.”

She explained that “This Jesus faced me head-on, with tears streaking His scratched-up cheeks and a clear, determined look in His eyes. His exposed heart was there but He wasn’t holding it. He wasn’t doing anything, really. He was just looking at me and letting me look at Him. Beneath His heart, in Latin, were the first few words of John 3:16: For God so loved the world.”

For the sake of His sorrowful passion, have mercy on us and on the whole world.

Read more:
Let God and Mary look at you and gaze upon you, says Francis

In a sense, none of this was breaking news to Campbell, and none of it should be new to any Christian. And yet, meditating on the Sacred Heart and letting Jesus from the Cross and from the words of Scripture look at us and speak to us anew can make all the difference in our lives, drawing us back to the Sacraments with a renewed commitment and gratitude, as if we are present at our first Holy Communion or Penance or Confirmation – a new Pentecost for our lives – again. Except, now, where we are, with all the experiences and wounds. Ready to receive again, anew.

What Campbell found in common in the saints she studied – who include Jesuit founder Ignatius Loyola, revered spiritual director St. Francis de Sales, and his friend and Visitation Sisters foundress St. Jane de Chantal – was vulnerability. “They chose to keep their wounded hearts wide open, like Christ’s, to keep loving no matter how many times the world or even their own family and friends hurt them. They chose to draw near to God in their suffering rather than to blame Him for it—not once, but again and again and again.”

One of her go-to saints for combating perfectionism is St. Benedict. And while he didn’t seem to have an explicit pious devotion to the heart of Jesus, “his Rule focuses heavily on heart change and includes nearly three dozen references to our hearts.”

St. Francis of Assisi, meanwhile, was all about the wounds of Christ. “Hide your heart gently in our Lord’s wounds,” he advises, “without making any vehement effort; have great confidence that in His mercy and goodness He will not forsake you.”

Don’t waste another day. We have already and we don’t have them endlessly. Sacred Heart of Jesus, make our hearts like Yours.

See her book, The Heart of Perfection: How the Saints Taught Me to Trade My Dream of Perfect for God’s, here.

Read more:
New York Times columnist wants to convert. Are we stopping him?