What is the difference between an archdiocese and a diocese? 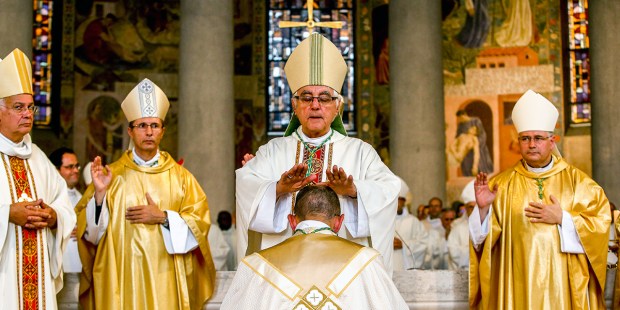 There is one major element that separates an archdiocese from a regular diocese.

The Catholic Church eventually organized its parishes into what are called dioceses. Simply put, a diocese is a geographical region, and all the parishes in that area, that a particular bishop oversees and shepherds. All the Catholics in a diocese are under the spiritual care of that bishop.

Read more:
What is a diocese?

An archdiocese, from the Greek suffix indicating “head” or “ruler,” is a diocese that includes a larger city or an area with a large Catholic population. An archdiocese is headed by an archbishop, and the archbishop of the largest diocese in a region is known as a metropolitan archbishop.

When a problem arises that a local bishop is unable to resolve, he first goes to the metropolitan archbishop, before going any further up the hierarchical chain.

In reality, the difference between a diocese and an archdiocese is primarily one of size. It is a small difference, but one that helps distribute the governance of the Catholic Church and keeps the most important shared ministries and administrative functions of a Catholic community at the local level.

Read more:
What is a parish?