Worried about your child going to college? Here is your patron saint 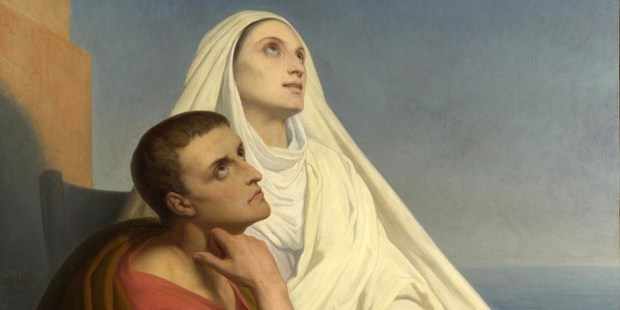 St. Monica cried night and day when her son moved away and embraced a sinful lifestyle, but she never gave up on him.

Sending a child to college is an emotional, even a difficult, experience. So many worries assault us, and foremost among them is whether our son or daughter will resist the pressure to make sinful choices.

As a parent, you no longer have control over your child when they head off to college, and they have a freedom that can lead to many, many mistakes. This can be distressing, but the good news is that you are not alone.

St. Monica experienced similar feelings when her son, St. Augustine, went off to school. Her fears came true and he embraced a hedonistic lifestyle. Monica tried to dissuade Augustine from making such mistakes, but he ignored his mother’s advice.

For [my mother] desired, and I remember privately warned me, with great solicitude, not to commit fornication; but above all things never to defile another man’s wife. These appeared to me but womanish counsels, which I should blush to obey … [Instead I] rushed on headlong with such blindness, that among my equals I was ashamed to be less shameless, when I heard them pluming themselves upon their disgraceful acts, yea, and glorying all the more in proportion to the greatness of their baseness; and I took pleasure in doing it, not for the pleasure’s sake only, but for the praise.

Later on St. Monica followed her son’s travels and tried every step of the way to convince him to come to the Church. However, time and time again Augustine refused to follow his mother’s counsel.

She never relented, and eventually introduced St. Ambrose to her son and thus began Augustine’s journey into the fold of Jesus Christ. Augustine was led by God to see the error of his ways and he went on to become one of the greatest saints the Church has ever seen.

Monica’s tears, patience, and prayers paid off and grace permeated the soul of her wayward son. While it was God who brought Augustine back to Christianity, it was his mother’s faith that prepared the way.

If you are worried about your own son or daughter, pray to St. Monica and look to her for inspiration. She clearly displays the kind of faith every parent should have and shows us how much each parent needs to trust in God.

St. Monica, patron of parents whose children abandon the faith, pray for us!