What is the Vulgate and why is it important? 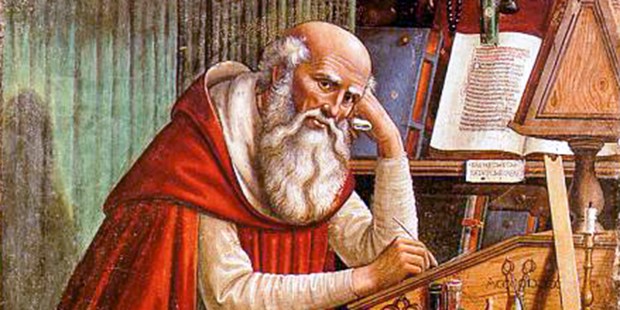 For many centuries the Roman Church exclusively used this ancient translation of the Bible.

Unlike today, Christians in the first few centuries of the Church could not go down to the local bookstore and pick up the Bible (or look up a verse on their smart phone); there didn’t even exist a single compilation of sacred scripture until the 4th century.

At the time there were various versions of the Gospels and the letters of St. Paul, as well as of the Old Testament. Christians in Europe used either Greek translations or local Latin translations that were copied and shared among the various communities.

However, it didn’t take long for some of the translations to become corrupt and alter the original meaning of the text. This is why Pope Damasus I commissioned St. Jerome in 382 to take a look at the Gospels and revise the Latin translations based on the oldest Greek manuscripts.

He did exactly that, but after completing the Gospels, St. Jerome’s curiosity was piqued and he began a new translation of the Psalms. Then he traveled to Jerusalem and once in the Holy City he embarked on an ambitious project to translate the entire Old Testament, based on the original Hebrew texts.

It took him around 16 years to complete his attempt, but he didn’t translate every book, skipping Wisdom, Ecclesiasticus, Baruch and Maccabees I and II.

Jerome took great lengths to translate the Hebrew text and to render it into a Latin equivalent that would make sense, yet was faithful to the original. He was one of the first “scripture scholars” to take such care in translating the Bible that his work eventually became known as the vulgata editio (the “common edition”).

While various revisions were made in the subsequent centuries, the Church always looked back to St. Jerome as a standard. By the Council of Trent in the 16th century, the Latin Vulgate had become the official translation of the Bible in the Roman Catholic Church.

In the 17th century the English Douay–Rheims Bible was created; it, too, was based on the Latin Vulgate. It wasn’t until the 20th century that Catholic translators moved away from the Vulgate in favor of going directly to the source material, discovering similar texts to those St. Jerome used in the 4th century.

As a result, the Vulgate shaped the Roman Catholic Church’s liturgical and devotional life for nearly 1,500 years! We have much to owe St. Jerome for his scholarly work, which impacted the Church for most of her history.