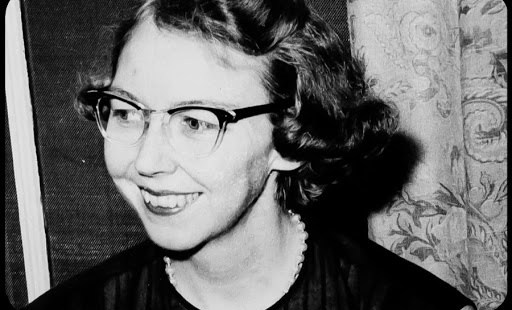 A biographical documentary on the Catholic writer Flannery O’Connor was awarded the first Library of Congress/Ken Burns Prize for film, reported the New York Times.

The film, directed by Elizabeth Coffman and Marc Bosco, a Jesuit priest and professor at Georgetown University, tells the story of Flannery O’Connor’s life, faith, work, and her struggle with lupus, the disease that ended her life at the age of 39 in 1964.

O’Connor was the author of the novels Wise Blood and The Violent Bear It Away, and 32 short stories, many of which featured freakish characters populating a horror-tinged world that arose out of the author’s deeply Catholic sensibility.

Flannery was created in the style of Ken Burns’ documentaries, reported the New York Times:

“Flannery” uses interviews, archival footage, photographs and voice actors (Mary Steenburgen reads as Ms. O’Connor) to tell the story of her life, writings and faith in the face of racism, sexism and her struggle with lupus. Ms. O’Connor’s iconic stories are also brought to life through motion graphics, created by a team of female animators.

According to the documentary’s website, the film also features “Flannery-inspired music” from Lucinda Williams and Bruce Springsteen.

The award provides a $200,000 grant to defray the costs of post-production, marketing and outreach, according to the New York Times report.

After the award ceremony at the Library of Congress on Thursday, the film will have its world premiere at the Hot Springs Documentary Film Festival in Arkansas. It will be shown at the New Orleans Film Festival and the Austin Film Festival later this month.