Why do people place candles in their windows at Christmastime? 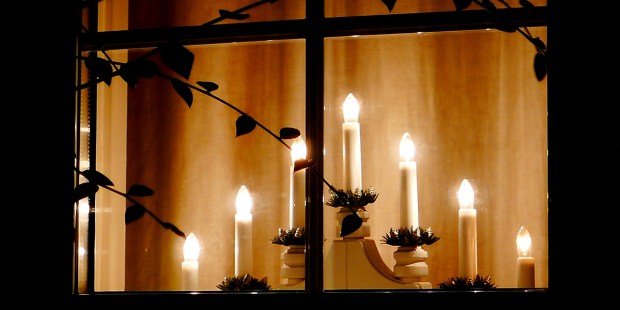 The tradition was brought to America by Irish immigrants whose ancestors had endured religious persecution.

The tradition of placing candles in windows at Christmastime has become widespread — possibly because of the availability of battery-operated candles that pose less of a fire hazard than do wax candles.

Did you know that this popular custom was brought to the United States by Irish immigrants in the 19th century?

The custom of having candles in windows has its origins in the time of British persecution of Catholics in Ireland. Under the penal laws passed against Catholics in Britain and Ireland after the Reformation, the practice of Catholicism was effectively banned.

Priests were ordered to leave the country by May 1, 1698, or be hanged. Catholics faced imprisonment, fines, and even death if they were caught attending Mass. The penal laws made it highly inconvenient to be a practicing Catholic. They were forbidden from traveling five miles from home, giving their children a Catholic education, and if a Protestant decided he wanted a Catholic’s horse, he could have it, no matter its value, for £5.

In an article in the Arlington Catholic Herald, Fr. William Saunders writes that under this persecution, the Irish kept the faith by practicing their religion surreptitiously. Priests would celebrate Mass outdoors, in secret, on “Mass rocks,” and they would offer instruction in the faith from behind hedges, earning them the name “Hedge Schoolmasters.”

The candle in a window as a signal from underground Catholics

And at Christmas, Saunders writes, “every faithful Irish Catholic family hoped to have a priest visit their home so that they could receive the sacraments and in return offer him hospitality.”

As a sign to the priest making his rounds on Christmas Eve, they would place lit candles in their windows to indicate that he would be safe and welcome.