These photos of children with Down syndrome dressed as Disney characters are almost too cute to be real!

Nicole Perkins, a photographer from Birmingham, England, has embarked on a new project. After getting to know many children affected by Down syndrome—she works in a school for disabled children—she set up the “Down with Disney” campaign to share her view of this disability, immortalizing children who are carriers of an extra chromosone as Disney cartoon characters through her lens.

Perkins’ purpose is to celebrate the beauty of children with Down syndrome and help spread awareness.

“The abortion rate in the U.K. for families that find out their baby would have Down syndrome is that 90% will go for a termination. I find these statistics heart breaking,” she told The Mighty. “I hope my campaigns will show people there is so much more to people with Down syndrome than what you read on the Internet or are told in hospitals. They are the best people you could ever meet, and the world is a much better place with people who have Down syndrome in it.”

Twelve Disney characters, including Peter Pan, the Little Mermaid, Cinderella, and Mowgli, are depicted with a special twist, and you’ve probably never been so moved by Snow White and Buzz Lightyear. During the course of several weeks, Perkins posted her images on her Facebook and Instagram pages, collecting many words of encouragement from all over the world and up to 40,000 shares for a single publication. The children’s faces—sometimes mischievous, sometimes bewildered, but always charming—have gone viral on social networks. It’s a great initiative. 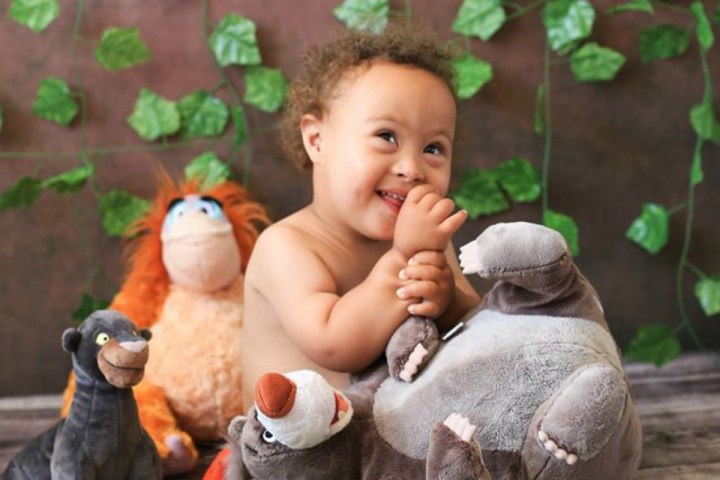 Read more:
Adorable video of barista with Down syndrome teaching her protege is a must-see