If you’re frustrated in your ministry, hold on to these words by St. John Henry Newman 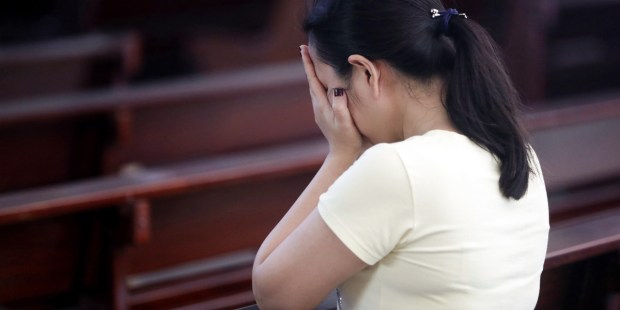 The saint knew a thing or two about feeling frustrated and disappointed, and shared words of encouragement.

Anyone who’s worked in ministry for a long time has felt the temptations of disappointment and frustration. You see young people you carefully taught, and for whom you prayed, fall away from the Church; institutions you gave your life to build crumbling; you’ve given your mission all you’ve got yet it never seems to bear much fruit. It’s no wonder that burn-out is so high for those who work in ministry.

It turns out that St. John Henry Newman knew a thing or two about feeling frustrated and disappointed in one’s ministry. In his sermon “A Lesson for the Disappointed,” Newman wrote these words of encouragement for anyone in that situation. If you know the feeling, you’ll want to hold on to his words—maybe hang them on your wall. He begins by holding up as an example the prophet Jeremiah, whose hopes of success were “cut away” early in his ministry, so that he became resigned instead:

“I call resignation a more blessed frame of mind than sanguine hope of present success, because it is the truer, and the more consistent with our fallen state of being, and the more improving to our hearts; and because it is that for which the most eminent servants of God have been conspicuous.”

He writes that it’s natural to expect amazing results, but that this expectation shows a lack of experience:

“To expect great effects from our exertions for religious objects is natural indeed, and innocent, but it arises from inexperience of the kind of work we have to do,—to change the heart and will of man.”

Instead of working because you expect to see extraordinary fruit from your efforts, Newman advises us to do our duty faithfully, because it is God’s will, and to trust the end result to God alone:

It is a far nobler frame of mind, to labor, not with the hope of seeing the fruit of our labor, but for conscience’ sake, as a matter of duty; and again, in faith, trusting good will be done, though we see it not.

Perhaps most importantly, Newman reminds us that the fruit of our labors will happen on God’s timing, not ours, and that we must surrender control of our work and its results to Him:

Look through the Bible, and you will find God’s servants, even though they began with success, end with disappointment; not that God’s purposes or His instruments fail, but that the time for reaping what we have sown is hereafter, not here; that here there is no great visible fruit in any one man’s lifetime.

This is a hard thing to hear—that most likely the greatest fruit of our labor will come after our lifetimes. But Newman’s honest advice is important for us to keep in mind, if we want to have the right approach and not grow discouraged. Accepting this truth is an exercise in trusting God.

Newman also offers these examples of holy men who didn’t see the fruits of their ministry during their lifetimes, but after their deaths:

The next time you feel discouraged in your ministry, remember the words of St. John Henry Newman. The greatest fruit of your work will most likely come after your lifetime. In the meantime, do your duty faithfully, trusting that God sees and knows all you do, and at the end of your days will welcome you as a good and faithful servant.

Read more:
Every diocese could use a pro-life ministry like this one

Read more:
3 Ways to thrive in your vocation as a Catholic family