UK turns to empty hotels to shelter the homeless 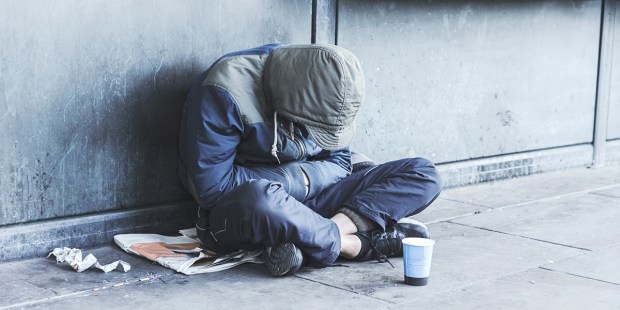 With nearly 45,000 homeless in need of safe isolation space, experts use whatever resources they can find.

The UK government has announced that in order to help protect the homeless population, a group among those most at risk of contracting the coronavirus, they will be housed in hotels and offices for the next three months.

The Guardian reports that the idea to utilize unused hotel space and vacant office buildings was brought up by Louise Casey, who was the homelessness expert to former Prime Minister Tony Blair. They estimate that they will need approximately 45,000 rooms in order to help the entire homeless population isolate.

As many hotels are empty of tourist traffic, and many offices are shut down at the moment, these spaces have been chosen as a cheaper alternative to hospital accommodations. In February, PM Boris Johnson gave Casey authority over £236m of funding for the effort, most of which will go towards the hotel bills for the next three months.

The homeless are at particular risk of infection, as the vast majority of them have no access to hand washing stations, and social distancing is practically impossible. The UK has already seen several reports of shelters shutting down for suspected outbreaks, which may be due to the close quarters that guests to such facilities keep.

Matthew Downie, the director of policy and external affairs for charity Crisis, told the Guardian:

“The government’s own guidance on protecting yourself is just impossible if you are homeless. We’re now in a race against time because particularly in the night shelter population, where people are sleeping on floors next to each other in rows, that’s too dangerous.”

There have already been about 300 homeless people checked into hotels and more are expected to be brought in this weekend. Before taking a room, guests will have to be tested for infection before they are allowed to enter their isolated rooms. These test will continue during their isolation, but they did not say that they would turn away anyone afflicted with the coronavirus.