Exclusive photos: The birthplace of the Catholic Church in America

The first Mass celebrated in the colonies took place in Maryland, the first colony built on religious freedom.

On March 25, 1634, TheArk, a 400-ton armed merchant ship, anchored in sight of a small island in the Potomac River. Heavy with provisions, her crew, and her 24 guns, she sat deep in the water and relied on her sister ship, The Dove, to explore the shallower waters. The Dove was her pinnace, or “tender,” and was about a tenth the size of the flagship.

The two ships set sail from the port city of Cowes on the Isle of Wight on the November 22, 1633, St. Cecilia’s Day. Their purpose: to establish a colony where persecuted English Catholics could worship freely in the New World. 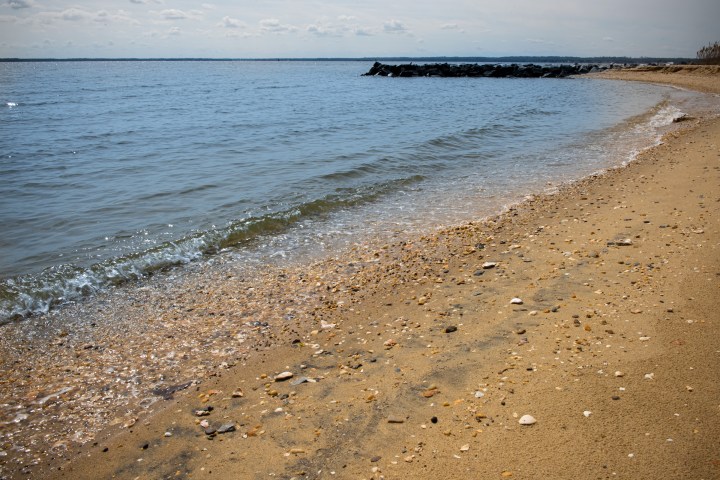 The idea came from George Calvert, Lord Baltimore, a Catholic convert who had secured a charter from King Charles for the province of Maryland. But tragically, he would never live to see it. He died only five weeks before the charter was executed. It would be his eldest son, Cecil, the 2nd Lord Baltimore, and his brother Leonard who would see that their father’s dream lived on.

At the beginning of their voyage, they encountered two perilous storms, the first causing the smaller Dove to return to England and the second nearly ravaging the Ark.

The harrowing tale of the ocean passage was recorded by Fr. Andrew White in his journal “A Briefe Relation of the Voyage unto Maryland.” In it, he provides rare glimpses into the trials of the historic transatlantic crossing.

“Even the bravest, whether passenger or sailor, was alarmed, for they admitted that they had seen tall ships wrecked in a smaller tempest. But this storm kindled the prayers and vows of the Catholics in honor of the Most Blessed Virgin Mother and of her Immaculate Conception, of St. Ignatius, the Patron Saint of Maryland, of St. Michael and of all the guardian angels of that country. And everyone was hastening to purify his soul through the Sacrament of Penance; for when we had lost control over the rudder, the vessel, abandoned to the waves and winds, soon tossed about like a quoit, until God opened a path for her safety.”

After 42 days at sea, The Ark made landfall at Barbados in the West Indies. TheDove arrived some weeks later. They departed together and sailed northward until they reached the safety of Point Comfort in the lower Chesapeake Bay. And after taking on much-needed supplies, they set sail for their final destination, Maryland.

Their first landing would be in the Heron Islands, which are just a few miles upstream from the bay, scattered off the northern banks of the Potomac River. The first island they encountered, which they named in honor of St. Clement, was deemed suitable as a lookout to protect the new province.

Skiffs were launched, and the landing party rowed ashore. The island was lush with cedar trees and flowers, a welcome sight for a crew who’d been at sea for months. As they arrived, they set an altar for the Mass of Thanksgiving.

In the words of Fr. Andrew White S.J. “On the day of the Annunciation of the Most Holy Virgin Mary, we celebrated Mass for the first time on this island: this had never been done before in this region of the world. When Mass was over, we took an enormous cross, which we had hewn out of a tree, on our shoulders, proceeded in rank to a designated place and, with the help of the governor, his associates, and the remaining Catholics, erected a monument to Christ, our Savior, while we humbly recited the Litany of the Holy Cross on bended knee, with much emotion.”  – A Briefe Relation of the Voyage unto Maryland.

It was on this small island that the first Mass was celebrated in the colonies. And two days later, St. Mary’s City was established in honor of the Blessed Mother. The city is regarded as the birthplace of American Catholicism as well as the birthplace of religious freedom.

Lord Baltimore’s vision of a colony where Catholics and other religions could worship freely was realized. And from this noble mission, the seeds were sown that would eventually lead to the Freedom of Religion clause in the Constitution’s First Amendment.