How to make room for science in your faith: A guide for Catholics 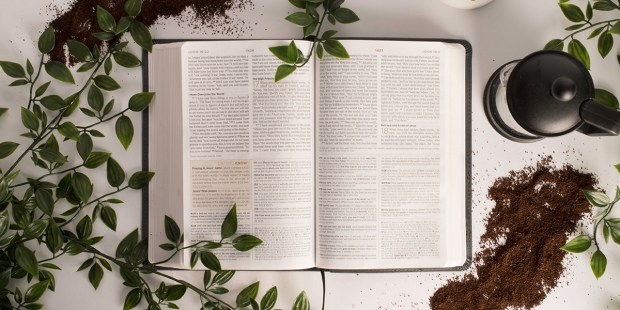 Revisiting an illuminating book by a Stacy Trasancos, a scientist whose discovery of the limits of science provoked her leap of faith.

Particles of Faith: A Catholic Guide to Navigating Science by Stacy A. Trasancos was released in 2016. It was greeted, deservedly, with a flurry of positive reviews when it appeared and deserves a revisit.

She takes up three themes:

1. She denies in the book having ever been an atheist, and says it is incorrect to say she is an “atheist-to-Catholic” convert. She prefers the term “none,” or “nonreligious” to describe the faith she did not have. So it was as a “nothing” when she bumped up against the limits of science that ultimately provoked her “leap of faith.”

2, Her conviction that religion and science were meant to be friends. She discovered through her growing faith that her use of “intellect and free will” – the human tools of scientific inquiry and scrutiny of our world – are at heart no less than an exercise of “spiritual powers.”

3. Faith illuminates science and science illuminates the cosmos, but of the two, faith first. I take it to mean that a theologian and a scientist of no faith may both experience the stunning awe Creation evokes in the wondering human spirit, but it is only faith that will point finally from whence Creation rises.

Trasancos, to begin her story, was doing doctoral work at Penn State in the 1990s. Her job was to replicate photosynthesis using nanotechnology in the lab. My ears perk up here. Once upon a time I memorized the formula for photosynthesis. It isn’t really difficult, just an arrangement of numbers paired with some letters and a couple of well placed plus signs depicting the process by which plants (and some bacteria) produce glucose from carbon dioxide and water by using energy from sunlight.

Sounds like Bunsen burner grunt work at a certain level. It isn’t. The exchange is specific and happens molecule-by-molecule, electron-by-electron, with endless accuracy and efficiency. At the end of that chemical transfer the plant gets a load of carbohydrates, and oxygen is expelled as a waste product which, lucky us, permits a good part of our daily breathing habit. The first free oxygen in the atmosphere, leaving chemical signatures in the rocks, dates from 2.4 or so billion years ago. Oxygen, being toxic to anaerobic bacteria, the only life Earth had at the time, triggered their virtual extinction. This is also called The Great Oxygenation Event or, from the perspective of anaerobic bacteria, the Oxygen Catastrophe.

It is a marvel. We produce carbon dioxide (our waste) and plants give us oxygen (their waste), a precise exchange. The intricacies of it all are tightly linked, but not inexplicably. It’s a biological machine and the photosynthetic process was first described in 1799. For all that we know about it the problem is getting it to work artificially in a laboratory. All Trasancos wanted to do, describing her increasing frustration with the project, was tickle the formula and “simulate one measly electron transfer,” a tiny step in mimicking photosynthesis. The team she was part of did publish on it, but she was never one of the lead authors. (Work she did in another area did merit a paper in Science and is still mentioned in text books.)

Yet the short of it is she became one of those scientists not unknown to the faith who discovers a greater discovery: science does not explain everything. There is, she says, “some unknown abyss of truth beyond science.” She felt small, as I take it, against all that science cannot reveal, as big and as beautiful and as elegant as it is.

The book then is how the Catholic faith deepened her love of science and, in a real sense, completed her life. One may say of this book as a reviewer said of her earlier book, Science Was Born of Christianity, “You can breathe the Catholic air in what she writes.”

Her excursions thereafter take the reader several places. She tackles the conceit (my word) of “scientism,” the promotion of science as the only objectively true way of knowing, and incidentally acts to reduce human beings to a highly developed, very adaptive animal species, and only that. Without the spiritual gifts of reason and intellect, that is all we’d be. But being made in the image and likeness of God, endowed with a rational soul, there’s more to our story. “If someone tells you that science has all the answers,” she tells us, “try not to die laughing.”

She also lets us know what kind of scientist she is not. She is not a Genesis literalist creationist. Nothing to date describes life and the generation of humanity as thoroughly as evolution, and she uses Catholic thought to say so. Nor does she use science (or faith, for that matter) to find God’s hiding places in creation, my way of describing the Intelligent Design movement. Science cannot point and say, ah ha, that’s God. The intelligent design appears to produce a “god-of-the-gaps.” Here, let us say, is a gap in a scientific explanation presenting a spot where God – aka “unembodied designer” – conveniently may be inserted. Should science later fill that gap, well, where’d God go?

She investigates quantum mechanics and the question of free will it exposes, and she includes a very satisfactory chapter on when human life becomes human life.

What she has produced is an accessible basic guide for basic Catholics trying to fit science into their faith. The choice is not between science and religious faith. It is the case that faith uninformed by science is crippled. Faithless science, on the other hand, is without spirit. Trasancos found faith as the foundation for her life and it expanded her world of science.

A student edition for Catholic high schools was published in 2019.