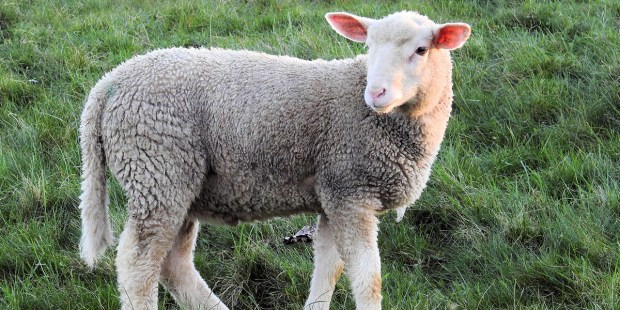 Starting in the book of Genesis, God has always been known as a “good shepherd.”

Many Christians are familiar with the verse in the Gospels where Jesus says plainly, “I am the good shepherd. A good shepherd lays down his life for the sheep” (John 10:11). For this and other reasons, early Christians clung on to this image of Jesus and some of the earliest artwork we have is of Jesus, the Good Shepherd.

Read more:
Three of the oldest images of Jesus portray him as the “Good Shepherd”

However, this image of God is not new. The Old Testament is full of verses that describe God has a “good shepherd.”

When Israel (Jacob) was blessing his sons, Ephraim and Manasseh, he speaks of God as a “shepherd.”

May the God in whose presence
my fathers Abraham and Isaac walked,
The God who has been my shepherd
from my birth to this day (Genesis 48:15)

This was only the beginning, as the people of Israel would frequently be referred to as a “flock,” especially when they went astray.

“May the Lord, the God of the spirits of all humanity, set over the community someone who will be their leader in battle and who will lead them out and bring them in, that the Lord’s community may not be like sheep without a shepherd.” (Numbers 27:16-17)

So Micaiah said: “I see all Israel scattered on the mountains, like sheep without a shepherd, And the Lord saying, These have no master! Let each of them go back home in peace.” (1 Kings 22:17)

God even chose a shepherd, David, to lead his people as king. In this context, it’s not surprising that the book of Psalms (commonly attributed to David) is full of shepherd symbolism.

For he is our God, we are the people he shepherds, the sheep in his hands. (Psalm 95:7)

Many of the prophets also spoke of God as a shepherd who feeds, guides and protects his flock.

Here comes with power
the Lord God,
who rules by his strong arm;
Here is his reward with him,
his recompense before him.
Like a shepherd he feeds his flock;
in his arms he gathers the lambs,
Carrying them in his bosom,
leading the ewes with care. (Isaiah 40:10-11)

What this should teach us is that God loves us tenderly, as a shepherd looks over and watches his flock. He does not one of them to perish and will search far and wide for the one sheep that strayed from the ninety-nine.

It is a beautiful image to meditate on, one that both Jews and Christians have contemplated for thousands of years. If you have never spent time imagining Jesus as a good shepherd, take a few minutes and picture it in your mind, with you as the one sheep that he tenderly puts on his shoulders and takes to greener pastures.

Read more:
John Paul II said this was the most beautiful homily he ever saw