English nun who served the poor moves closer to canonization 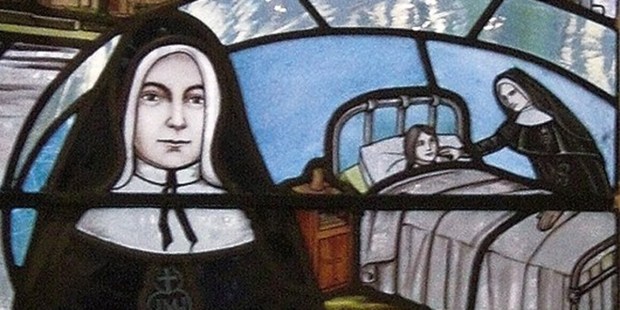 Elizabeth Prout was a “Mother Teresa” in England, working in an area called “Hell on Earth.”

In the mid-19th century, Elizabeth Prout felt a calling from God to serve the poor. Many Irish immigrants were fleeing from a famine in their own country and coming to Manchester, England, for work. However, their living conditions were dirty and dangerous.

Prout was inspired by the preaching of two Passionist priests, Bl. Dominic Barberi and Fr. Gaudentius Rossi. She sought their advice and counsel on how to respond to God’s calling.

After initially joining the Sisters of the Infant Jesus in Northampton, she ran into some problems with the community and was advised by Rossi to move to Manchester and lead her own unique way of life.

Prout would later go on to found the Sisters of the Cross and Passion, and their website explains how “touched by the misery and deprivation of the poor, she and a few companions came together to form a community to help the voiceless, downtrodden workers in the large industrial towns of nineteenth-century England.”

The current Bishop of Shrewsbury, Bishop Mark Davies, explained to BBC News that she, “had risked violence herself to enter Manchester’s darkest and most dangerous streets in order to reach those in greatest need.”

BBC also relates how “Prout lived in Stocks Street, near Angel Meadow, which was dubbed ‘Hell on Earth.'”

Prout would even be forced at times to beg for food herself, as the sisters lived with the poor, relying on the generosity of others for their basic needs.

Her life of dedication to the “poorest of the poor” in England remains an inspiration to many, and according to the Diocese of Shrewsbury, “In 2008 a 14-year investigation into her life of heroic virtue drew to a conclusion and a total of ten boxes of documents were taken to the Congregation for the Causes of Saints in Rome.”

This year marks the bicentenary of her birth and it was expected that Pope Francis would name her “venerable.” However, with the current state of the worldwide pandemic, much of the paperwork has been slowed and the announcement has been delayed to a later date.

Prout remains a “Servant of God” and will hopefully join the ranks of Mother Teresa, whose life resembles Prout’s in many ways.

Read more:
Pope Francis: “The preferential option for the poor is at the center of the Gospel.”