Pope sends moving message to funeral of “martyr of charity” 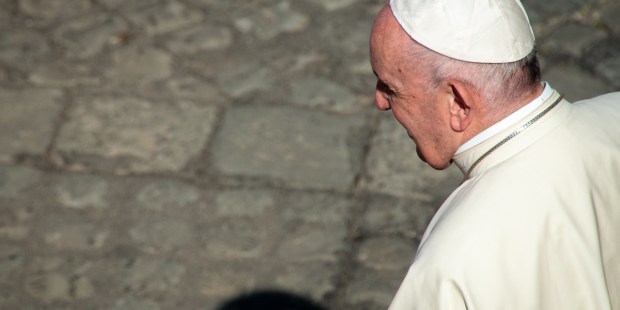 Using a prayer beloved by Mother Theresa, cardinal assures that someone will take Father Malgesini’s place in serving the poor.

Many of you saw the news of the slaying of Father Roberto Malgesini last week. The young Italian priest was stabbed repeatedly by a mentally ill homeless man, a person he had helped.

The pope spoke of the priest the day after his death in the Wednesday general audience:

On Saturday, the Holy Father continued reflecting on the testimony of charity, by sending the cardinal who oversees his charity projects to the funeral.

Bishop Oscar Cantoni celebrated the Mass and Cardinal Konrad Krajewski, the Papal Almoner, represented Pope Francis and concelebrated. At the end of the Mass, the Cardinal spoke on behalf of Pope Francis. The offerings collected during and after the Mass will be used in the charities sustained by Pope Francis as well as by the poor of the Diocese of Como.

“I bring you the Holy Father’s greetings and fraternal embrace,” Cardinal Krajewski said at the end of the funeral Mass for Father Roberto Malgesini. “He is with us. He is united with us in prayer.”

He then related that as soon as Pope Francis heard the news of Father Malgesini’s death, he picked up the words of Como’s Bishop during the General Audience on Wednesday.

“I give praise to God for the witness, that is, for the martyrdom of this witness of charity toward the poorest.”

The Cardinal repeated other words Pope Francis said during the audience: “Pope Francis is with us and is united to the pain and prayers of Father Robert’s relatives…. He is united with the faithful of his Parish, to the needy whom he served with all of his heart until that last morning, and with the entire community in Como.”

“Father Roberto is dead, therefore, he is alive. Love never dies, not even with death,” the Cardinal continued.

He then called to mind a Gospel passage that Father Roberto’s death incarnates: “Greater love than this has no one than to lay down one’s life for one’s friends.” Commenting on this passage, Cardinal Krajewski said, “One cannot be a true Christian if we do not make this page our own.”

Read more:
Cardinal Newman could be declared a Doctor of the Church, expert says

To the question, “why did this happen to Father Roberto and not to me?” the Cardinal responded he does not know. However, one thing is certain, Krejewski added, “in his life, he incorporated Jesus’s prayer: ‘Our Father, your will be done, not mine; hallowed by thy name, not mine; thy kingdom come, not mine.”

That page, the Cardinal reflected, “refers particularly to us priests, who need to live the Gospel in its purity, we who need to spread Jesus’s perfume everywhere we go.”

This is the sentiment expressed in a prayer written by Saint John Henry Newman and left by Mother Teresa as a legacy to her sisters in their daily service to the poor:

Dear Jesus, help me to spread Your fragrance everywhere I go.
Flood my soul with Your spirit and life.
Penetrate and possess my whole being so utterly,
That my life may only be a radiance of Yours.

Shine through me, and be so in me
That every soul I come in contact with
May feel Your presence in my soul.
Let them look up and see no longer me, but only Jesus!

Stay with me and then I shall begin to shine as You shine,
So to shine as to be a light to others;
The light, O Jesus will be all from You; none of it will be mine;
It will be you, shining on others through me.

Let me thus praise You the way You love best, by shining on those around me.
Let me preach You without preaching, not by words but by my example,
By the catching force of the sympathetic influence of what I do,
The evident fullness of the love my heart bears to You.

Then turning to the Bishop of Como, Oscar Cantoni, Cardinal Krajewski concluded, by saying:

“I am sure that there are many priests and lay faithful who want to pick up Father Roberto’s evangelical work because this path is the true Gospel in action. If by any chance no one comes forward, I will come to you.”