Need some encouragement in your difficulties? Willa Cather can help 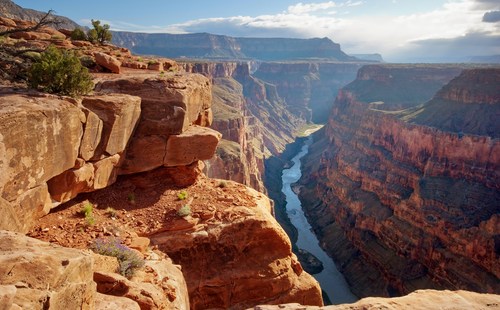 ‘Death Comes for the Archbishop’ is a helpful illustration of how and why we are allowed to go through hardship.

When I was 21 years old, God tricked me. I felt like the prophet Jeremiah, crying out, “You have duped me, and I have let myself be duped!” What happened was that I, a naive young Episcopalian from Tulsa, Oklahoma, was accepted into Yale Divinity School in New Haven, Connecticut. My experience in the heart of the Bible Belt never prepared me for seminary; I had thought churches were all like those I had grown up attending.

When I arrived at seminary, though, everything was different. There was a diversity of thought I’d never encountered and spiritual traditions I didn’t understand. There was an adjustment period of learning to empathize, having my way of thinking expanded, and sharpening what I believed. It was a challenge, but one that, once the shock wore off, I embraced.

Then everything changed again. The Episcopal Church fell into strife over the theological issue of marriage. The church split into disputing factions. The seminarians felt the stress and, because I became the odd man out, I saw my future as a pastor disappearing. I remember a seminar with a visiting professor when he asked us about which dioceses we were being ordained to serve. One by one everyone said where they were going after graduation. When it was my turn I had to admit that I had no idea. The Church I had come to seminary to serve had ceased to want me.

Those difficulties were formative. I wouldn’t be who I am today without them. I truly believe I would be a much worse person, because what I went through made me ask hard questions about who I am, what I believe, and how I treat those with whom I have disagreements. I became more patient, generous, and empathetic — precisely the three virtues I’ve struggled with my entire life. Maybe God tricked me, but it was for my own good.

Read more:
How the Virgin Mary can help you endure any suffering

I recently read Willa Cather’s Death Comes for the Archbishop for the first time. The book is a great illustration of how God often puts us into unexpected situations so we can rise to the challenge. Without such difficulties, I doubt any of us would ever grow. We have to be shaken from our comfort zones and thrown into the fray.

The novel is about Bishop Jean Latour, who is sent to the sprawling, wild diocese of New Mexico in the late 19th century. He travels with his friend, Father Joseph Vaillant, but otherwise knows no one in this new place where he is to live and die. Over the years, he encounters rebellious priests, murderous vagabonds, life-threatening dangers in the wilderness, loneliness, and financial worries — the same things I wrestled with in seminary, but writ large.

Cather, as a writer, places her characters deep within their landscapes, which shape them. In Death Comes for the Archbishop, the landscape whispers in a stark but beautiful voice. Bishop Latour “domesticated and developed the native wild flowers. He had one hill-side solidly clad with that low-growing purple verbena which mats over the hills of New Mexico. It was like a great violet velvet mantle thrown down in the sun; all the shades that the dyers and weavers of Italy and France strove for through centuries, the violet that is full of rose color and is yet not lavender; the blue that becomes almost pink and then retreats again into sea-dark purple—the true episcopal color and countless variations of it.”

This beauty is contrasted with the vast, untouched landscape of New Mexico; “No matter how scarlet the sunset, those red hills never became vermilion, but a more and more intense rose-carnelian; not the color of living blood … but the color of the dried blood of saints and martyrs preserved in old churches in Rome.”

There is foreshadowing in those blood-red hills. The bishop has given his life to serve God. As he rises to each challenge, though, he is changed. He grows into a respected bishop, develops personal holiness, and deepens his friendship with Father Joseph. Eventually, these difficulties even change how he sees the world. He says to Joseph, “One might almost say that an apparition is human vision corrected by divine love. I do not see you as you really are, Joseph; I see you through my affection for you. The Miracles of the Church seem to me to rest not so much upon faces or voices or healing power coming suddenly near to us from afar off, but upon our perceptions being made finer, so that for a moment our eyes can see and our ears can hear what is there about us always.” He sees the miraculous beauty in all things because he has learned to love all things.

I know that, for me, encountering difficulties forced me to slow down and consider what sort of person I wanted to be. I had to leave pride behind and listen for God’s whispering voice. For all of us, there must be a moment we cease to rely on ourselves and seek divine guidance. That moment rarely arrives until after we’ve come up against insurmountable difficulties. Having been humbled, we are ready to attain personal growth.

In her life, Willa Cather fought through a number of difficulties. In a letter to a friend, she describes a particularly difficult time: “I’ve had a very hard winter and have got no work done except two short stories — one very poor. Judge McClung’s death and Isabelle’s marriage have made a tremendous difference in my life. The loss of a home like that leaves one pretty lonely and miserable. I can fight it out, but I’ve not as much heart for anything as I had a year ago.” Cather’s friends are dying or moving on, and she feels lonely. Even worse, she’s alienated from her family against her will, writing, “I enjoy every single member of my family when they are half-way friendly toward me.” These difficulties gave her writer’s block, and she worried, “I doubt whether I’ll ever write anything worth while again.” But she vowed to seek growth in the midst of her difficulty and, after this letter was written, she went on to write the book that won her the Pulitzer Prize.

Willa Cather learned to slow down and humbly consider what God had to show her in the midst of difficulty. She listened for, “Something soft and wild and free, something that whispered to the ear on the pillow, lightened the heart, softly, softly picked the lock, slid the bolts, and released the prisoned spirit of man into the wind, into the blue and gold, into the morning, into the morning!”