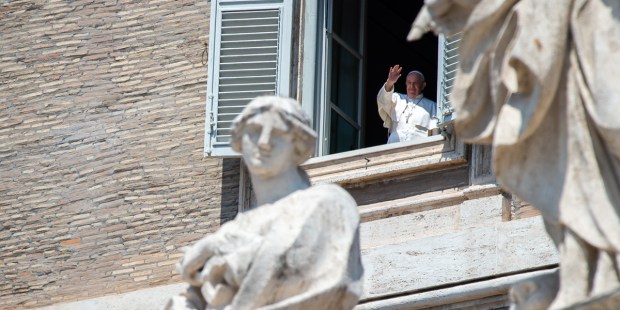 Adds a petition that God teach us the need to safeguard Creation.

After leading the midday Angelus prayer on Sunday, Pope Francis expressed his closeness to all those who are suffering from wildfires raging in various parts of the world.

“I want to express my closeness to the people affected by wildfires which are devastating many areas of the planet, as well as to the volunteers and firefighters who are risking their lives to put out the fires,” he said.

The pope mentioned the West Coast of the United States, especially California, and the central regions of South America: “the Pantanal area, Paraguay, the banks of the Paraná River, and Argentina.”

“May the Lord strengthen those who are suffering the effects of these catastrophes, and may He make us aware of the need to safeguard Creation,” said Pope Francis.

South America’s Pantanal region is the world’s largest tropical wetland. Vast tracts have burned in 2020, with researchers saying some 22% of the floodplain has been scorched, or 7.9 million acres.

Paraguay and Argentina too have seen record amounts of land succumb to record-breaking blazes.