She turned her suffering into a successful radio ministry, and now she’ll be beatified 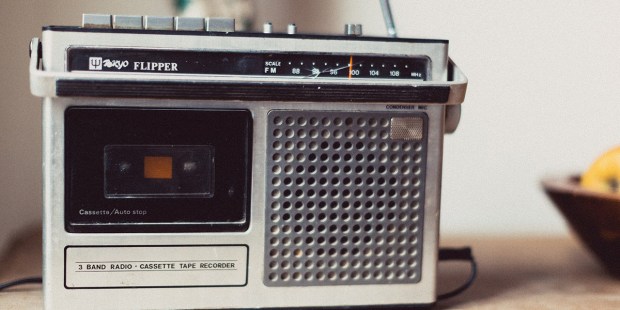 Nuccia Tolomeo didn’t have many chances in life, but she used the strength of the Holy Spirit to minister to anyone who called in with a problem, or needing advice.

Gaetana Tolomeo was born in Catanzaro, in Italy’s Calabria region, on Good Friday, April 10, 1936. Father Teodoro Diaco baptized her on July 12, 1936, in the local Church of Our Lady of the Rosary. This was quite providential, since baby Gaetana would devote her life to prayer and hold a rosary in her hand for her entire life. As she grew, she was known to everyone as “Nuccia.”

Nuccia suffered from a progressive and deforming paralysis that attacked her when she was just a small child. It stunted her growth, leaving her disabled. Her parents took her to local doctors, but they were unable to help the youngster. They also had a sickly son, Giuliano, who was born October 30, 1940. He would die sometime in 1944, so between Nuccia and Giuliano, the family had been through a  heart-wrenching time. Now, with 8-year-old Nuccia, the prognosis seemed no better.

With no local help available, they sent Nuccia to an aunt in Cuneo for medical assistance. However, doctors there were also unable to help, and after a short time, she returned home. As time passed, Nuccia’s condition worsened, and she became confined to either her bed or a chair.

But Nuccia relied on the strength of the Holy Spirit, endeavoring to never feel sorry for herself. Instead, she embraced her illness and the suffering that came with it as a way to reach the hearts of those that were living sinful lives.

It was not long before pilgrims began coming to her for advice. These included priests, nuns, and laypeople — all coming for words of wisdom from a mobility-impaired woman with a fourth-grade education. They, too, must have felt the presence of the Holy Spirit when they approached her.

Nuccia saw in her illness a way to participate in the Passion of Jesus. She alluded to this in her spiritual writings. The people that came to see Nuccia noticed that she always clasped a rosary in her hands. She also attended Eucharistic Adoration as often as possible. And she managed to become a part of Catholic Action, formed in the 19th century to counter anti-Catholicism.

In 1994, Nuccia began to be a guest on a local radio station, Radio Maria. Her primary objective was to spread the Gospel message to the suffering with whom she could identify — drug addicts, prostitutes, and the needy, especially families, going through financial struggles. Her program became very popular. She began to be heard on “Il Fratello,” a program where people called in with problems, and Nuccia would answer their questions. The host, Federico Quaglini, would ask her spiritual questions. Nuccia, a great devotee of a St. Pio of Pietrelcina, would answer them.

Read more:
From cabaret musician in Paris to missionary priest in Iraq … thanks to Padre Pio

Gaetana “Nuccia” Tolomeo passed away on January 24, 1997, at the age of 60. The following morning Radio Maria announced her death to thousands of listeners. Sadness at her loss and joy in her life was the theme of the day.

This is the Easter message given by Nuccia in 1995:

… In his infinite mercy and wisdom, the Lord has prepared a weak body for me, for the triumph of his power of love … I praise and bless the Lord for the cross, of which he adorned me, because by crucifying my flesh, he also crucified my thoughts, my affections, my desires, and even my will, to make me his welcome abode, his satisfaction, his living tabernacle. Thanks to the cross of Christ, today, I can affirm with the apostle Paul, ‘It is no longer I who live, it is Christ who lives and works in me.’

Gaetana “Nucci” Tolomeo was declared a woman of “heroic virtue” on April 6, 2019. She now wears the title of Venerable, and a miracle attributed to her has been approved. A date for her beatification will soon be announced.

Read more:
A radio journey into the childhood of C.S. Lewis