Traces of miracles remain at the birthplace of St. Rita of Cascia

Pilgrims visiting the Umbrian hill town can follow the spiritual journey of Saint of the Impossible.

Peace I leave with you; My peace I give to you; not as the world gives do I give to you. Do not let your heart be troubled, nor let it be fearful. John: 14:27

In Umbria’s Valnerina Valley, nestled in the Apennine Mountains, is the hill town of Cascia. Its focal point is an Augustinian convent and church housing the remains of St. Rita (1371-1447). 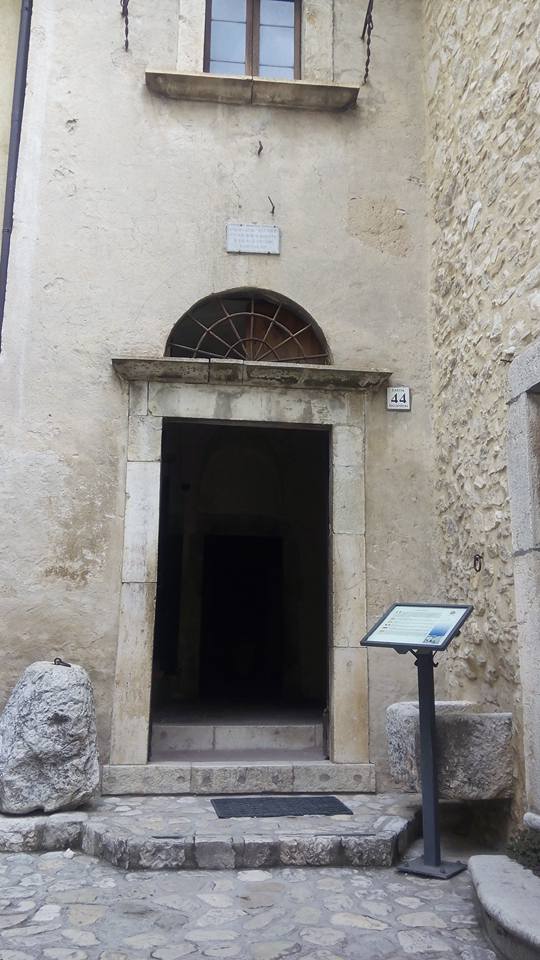 Rita Lotti was born in the tiny hamlet of Roccaporena about five kilometers (3 miles) from Cascia. The political climate she grew up in was volatile. Family feuds and rivalries were commonplace, routinely settled by the rule of the Vendetta.

As a young woman, Rita wished to become a nun. Though her parents were devout in their faith lives, they preferred her to marry. Customary for that era, they arranged a husband for her. His name was Paolo Mancini.

Rita and Paolo had two sons. Her days were spent with the typical concerns of a mother and housewife, which proved difficult.

Hagiographical accounts vary as to the nature of her husband’s character. Some say he was a good man of strong character, though predisposed to impetuous outbursts. Others refer to him as a notorious gambler, prone to violence. Still others say he was cruel and afflicted with every vice. All accounts indicate that he was converted as a result of Rita’s prayers and reconciling demeanor.

One day Rita’s husband was ambushed and murdered. Her pain was exacerbated by a well-founded fear that her sons would seek to avenge their father’s death.

Despite her pleading and prayers, Rita was unable to persuade the two boys to forego the vendetta that was expected of them. In an act of surrender, Rita entrusted the situation totally to God. She asked him to deal with the situation that was beyond her control. As it happened, both sons died soon thereafter before committing murder or any act of violence.

Her life as an Augustinian nun

After the death of her husband and sons, Rita sought to enter the convent. Though the Augustinian nuns knew and respected her, she was refused entrance on three separate occasions. They were afraid that the violence and animosity surrounding her husband’s death would follow her into the convent.

So Rita set out to make peace between Paolo’s relatives and their rivals. Miraculously, the families were reconciled. They even signed a document stating as much. Rita was then accepted into the convent.

For the next 40 years Rita lived as an Augustinian nun in prayer and contemplation, in service to the sick and the poor, and working to support the community.

The miracles connected with St. Rita

After 25 years of religious life, she received a wound: her forehead was pierced by a thorn from the crown that covered Jesus’ own head. She bore this stigmata for 15 years until her death on May 22, 1457.

Given the many difficult situations in her life, St. Rita is known as the Saint of the Impossible.

St. Rita’s body is conserved in a late 19th-century basilica built in her honor. Her remains are considered incorrupt and the wound on her forehead is still visible.

In the lower basilica a Eucharistic miracle is conserved. In 1330, a priest was visiting a dying parishioner in Siena. He brought a consecrated host for communion and, having left hastily, he placed it in his prayer breviary rather than in a pyx. When he arrived at the residence, he opened the breviary and discovered the host was bleeding, the pages stained with blood. The blood-stained pages are preserved in Cascia.

Next to the basilica is the 12th-century monastery where Saint Rita lived. The Augustinian friars regularly lead guided visits.

Inside the courtyard is a grapevine that recalls the story of a miraculous twig. Tradition says that while Rita was a novice, her superior asked her to water a dead twig to teach her humility and obedience. Rita obeyed. In time, the twig became a lush vine.

On the wall next to the stairs are small holes inhabited by mason bees. The bees recall another legend regarding the first miracle attributed to St. Rita. Just after Rita was born, a farmer was working in a nearby field. He cut his hand with a scythe and went in search of help. As he passed by Rita’s household, he noticed bees buzzing around the infant’s face. He gestured with his hand to shoo them away. As he did so, his hand was healed.

In the Oratory of the Crucifix, St. Rita received the stigmata on her forehead.

Just before the exit, there is a rose garden in memory of the miracle of the rose and the figs. When Rita was sick and bedridden, a cousin of hers came to visit her from Roccaporena. Rita asked her to return home and gather two figs and a rose from her father’s garden. The relative went away believing she was delirious, as it was January. Once home, however, her cousin found a rose and two figs covered in snow.

Not far away in Roccaporena, the birthplace of St. Rita, visitors can see the birth house of Rita, the room where she was born, and the house where she lived with her husband.

Read more:
Prayer to St. Rita for an impossible cause

Read more:
How St. Rita miraculously saved a girl from a plague