Roberto Estopiñán: The Catholic faith of the modernist sculptor and Cuban exile

Having fled the totalitarian Castro regime, where opposition and the free practice of one’s faith was not tolerated, the artist turned his attention to Christian themes.

Alejandro Anreus, a professor of art at William Paterson University, writes that Estopiñán, one of Latin America’s most important artists of the 20th century, emigrated to the United States after becoming disillusioned with the totalitarian Castro regime.

“What is little known about Estopiñán is the centrality of his Catholic faith in both his life and his work,” writes Anreus. 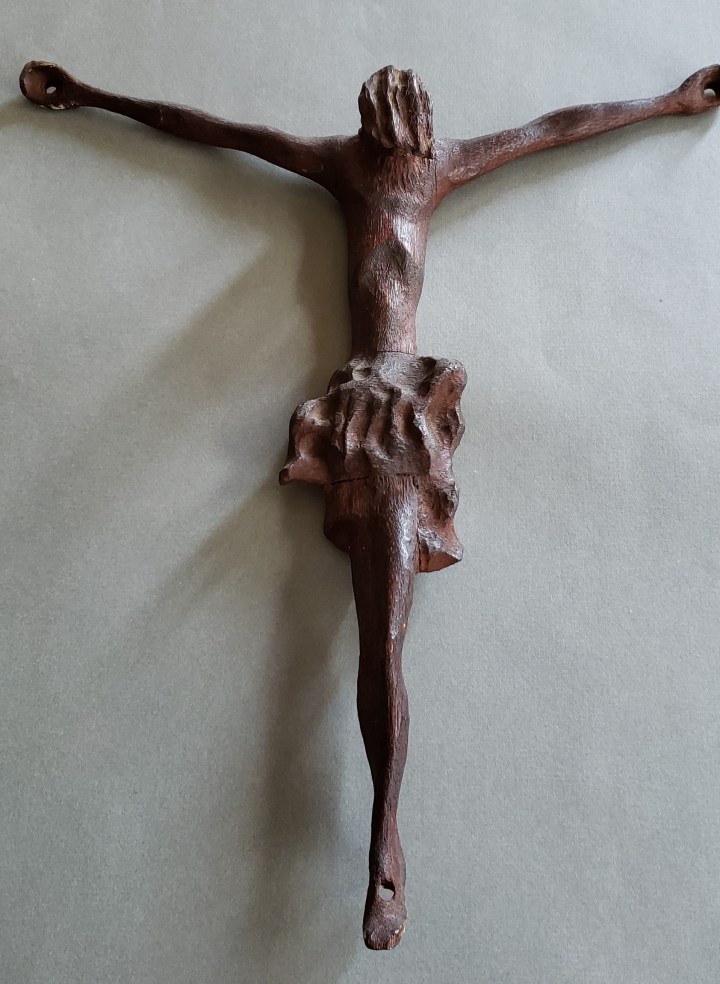 As a young boy, Estopiñán attended catechism classes at a Jesuit church near his home. It was there that he learned the examen, the prayer technique from St. Ignatius Loyola’s Spiritual Exercises which, according to Anreus, the artist would employ throughout his life.

“Besides being a means of discerning one’s relationship to God, the examen has a visual component—seeing in one’s mind how God is working in one’s life—and it informed Estopiñán’s sense of visual aesthetics and would serve as a compass in his art,” writes Anreus.

In the 1950s, during the Batista dictatorship, Estopiñán employed his artistic talents into political activism. He worked in the trenches of the revolution, handing out leaflets in defiance of the Batista regime. He also created moving sculptures of political prisoners that later earned him the attention of the Castro regime, which appointed him cultural attaché in Egypt, Czechoslovakia, and China.

It was in China that Estopiñán began to question his loyalty to the communist regime in Cuba.

His experience in China while Mao Zedong carried out his program of forced collectivization of agriculture, suppression of Christian churches, and disastrous Great Leap Forward that resulted in tens of millions of deaths by famine, confirmed misgivings that he had already been experiencing about Cuba just a few weeks after Castro’s triumph.

His experience in China while Mao Zedong carried out his program of forced collectivization of agriculture, suppression of Christian churches, and disastrous Great Leap Forward that resulted in tens of millions of deaths by famine, confirmed misgivings that he had already been experiencing about Cuba just a few weeks after Castro’s triumph.

“My intuition told me that instead of democracy, it was populism manipulated by a demagogue, that rule of law was not restored but replaced by the mob, and that the new regime was turning against the very Catholic church that had supported it,” Estopiñán told me an interview in 2014.

“Communist China was simply the nightmare confirmed. I had seen the future and it was hell.”

While on a diplomatic assignment in Honduras, Estopiñán requested asylum at the U.S. embassy, and later joined the exile community in Miami before moving to New York City.

Anreus, who edited a book of interviews with the author, Roberto Estopiñán. In His Own Words, describes the artist’s time of exile as one of deep spiritual growth.  In addition to the examen, the artist immersed himself in the works of Catholic philosophers such as Jacques Maritain and Étienne Gilson, the poetry of Dante and Valéry, and 20th-century writers including Simone Weil and Thomas Merton.

In the 1960s, Estopiñán’s art took on a less abstract manner. During the period of his exile, Anreus writes that the artist began to study Christian sacred art dating back to the the 12th century. While he continued to produce politically-inspired work, of political prisoners an themes of exile, he also created many drawings and sculptures of the Christ and the Crucifixion.

“Ranging from minimalistic simplicity to dramatic expressionism, these works communicate depth of feeling and religious intensity. Estopiñán viewed his challenge as translating his inner life, his faith, into these works. I believe he succeeded; those works are grounded in profound Christian belief,” writes Anreus.