UK is the Drug Addict of Europe 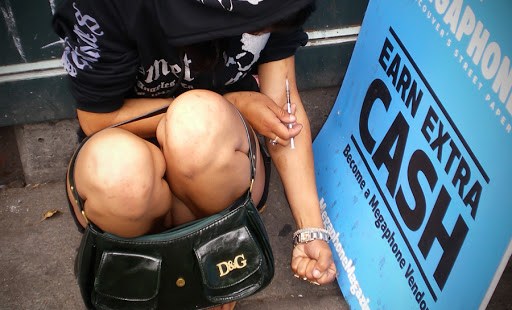 From beyond the grave, Blessed John Paul II gets to the root of the problem.

The Centre of Social Justice (CSJ) has just compiled a report called No Quick Fix which reveals that drink and drug abuse costs the UK over £36bn a year.

It has the highest rate in Europe of opiate (e.g. heroin) addiction, the highest lifetime use of cocaine, ecstasy and amphetamines and the greatest alcohol dependence among women, with the men coming second behind Norway. Overall, one in twenty adults in the UK are dependent upon alcohol and one in four drink to a harmful level.

No Quick Fix also reveals that the UK has become the hub for websites selling dangerous ‘legal highs’. One in twelve young people have admitted to taking legal highs, making it a quarter of the European total. In the past three years 150 new substances have appeared on the market and in the same amount of time only 15 of them have been banned by the government.

The CSJ has criticised the government’s response to the problem as "bureaucratic and inadequate." Chairwoman of the CSJ review, Noreen Oliver, stated: "Alcohol is taking an increasing toll across all services in the UK and new emerging drugs are causing more harm – all the while funding to rehabilitation centres is being dramatically cut and methadone prescribing is being protected."

"Much more needs to be done” she said, “to tackle the root causes of addiction so that people have a better chance of breaking free.”

This is certainly true. However the heart of the problem seems to be that in general, investigations for causes and solutions are being made upon a distorted understanding of both society and the individual person. Until this vision is led back to a proper understanding of the human person and authentic living, then the solutions offered – such as tougher laws on legal highs, raising the price of alcohol, more rehabilitation programmes, and some even talk of legalising certain drugs – will ever be temporary and inadequate.

To have a hope of coming to some form of solution we must go to the genuine root of the problem, which is embedded in the fact that we are immersed in a wholly materialistic, consumerist society that views the human person as nothing more than a mere producer/consumer, rather than a dignified individual whose life has genuine meaning and purpose.

Blessed John Paul II in his Papal Encyclical Centesimus Annus explains to us the real root of the drug abuse crisis:

“Widespread drug use is a sign of a serious malfunction in the social system; it also implies a materialistic and, in a certain sense, destructive ‘reading’ of human needs”  writes the former Pope. He explains that drugs and other consumerist pursuits “which exploit the frailty of the weak, tend to fill the resulting spiritual void.”

The big problem is that society is now directing itself towards an obscured ideal, a warped aim: we want “to have” rather than “to be.” When “to have” becomes the ultimate goal then seeking immediate pleasures becomes an “end in itself” and this is when the person’s whole life becomes oriented to satisfying these desires and so turns to drinking, smoking, sex etc. rather than seeking to enter into the fullness of one’s being, which is full communion with God, achieved through the habituous exercising of the virtues of faith, humility, chastity and charity.

John Paul II tells us that closely linked to the problem of consumerism is the ecological problem. In seeking solely to ‘have’ and not to ‘be’, “man consumes the resources of the earth and his own life in an excessive and disordered way.”

We do this due to what he calls an “anthropological error.” Human beings become aware that they are capable of transforming their environment, of making their own creations (technology) and somewhere along the way, have forgotten that they are only able to do these extraordinary things thanks to “God’s prior and original gift of the things that are.”