Of Faith and Fandoms 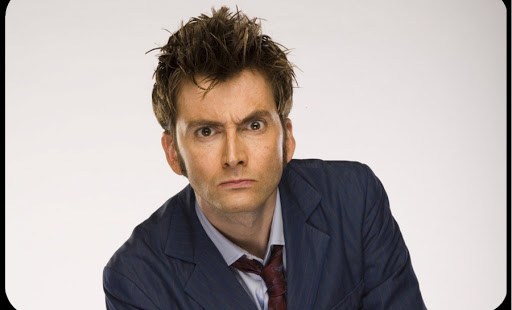 The only thing more difficult than being a devout fangirl is being a Catholic fangirl. Most of the television shows, movies, and novels that are ingrained in my psyche are explicitly Godless.

It is hard to be a fangirl.

The emotional trauma wrought by my fandoms is almost unbearable.  My favorite characters are constantly throwing themselves off hospitals, getting hit by unforgivable curses, and losing the lengthy but inevitable battle with human consciousness.  On the rare occasion that they live, their existential crises rip my heart out.

The only thing more difficult than being a devout fangirl is being a Catholic fangirl.  As I delve deeper into the worlds of Doctor Who, The Avengers, and angst-ridden young adult fiction, it is becoming increasingly more difficult to reconcile my faith and my fandoms.

Most of the television shows, movies, and novels that are ingrained in my psyche are explicitly Godless.  Religion is denounced openly, characters put faith exclusively in other characters, and morality is arbitrary.  Loyal followers tend to view the secularized canon as gospel.  My convictions are not challenged, but instead are blatantly denounced.

One may dismiss this and simply watch, read, and listen.  Secular fiction is not the problem.  Rather, participation in the fandom is the slippery slope.  Signing into blogging platforms like Tumblr and seeing new production stills, gag reels, and theories pop up on your Dashboard is exciting and encourages digging increasingly deeper into fiction.  Reminders of the more profound themes running through various plot lines encourage fans to find beauty in the ordinary and love themselves; it fosters a real sense of community among “Whovians,” “Sherlockians,” and “Hiddlestoners.”

Unfortunately, escapism becomes a hallmark of participation in the pseudo-religion of fandom.  Followers hang onto the every move of writers, actors, and producers, filling in any gaps they can find.  All the “feels” that cannot be contained by fangirls and fanboys frequently manifest in raunchy fan fiction and alarmingly suggestive fan art.  Bloggers openly fantasize about being whisked away by their favorite fictional characters or middle-aged actors.  Discovering that this is so commonplace really reinforced the all-encompassing nature of the fandom participation.

This escapism directly contests with the faith I hold so dear.  The sexual perversion and Godlessness are cringe-worthy enough, but what really bothers me is the treatment of suffering.

Pain is presented as inescapable and purely negative.  In John Green’s The Fault in our Stars, for example, adolescent cancer patient Augustus Waters argues, “All salvation is temporary…No one’s gonna buy them forever, Hazel Grace, but my life bought them a minute. And that’s not nothing.”

It hurts to see Doctor Who’s Rose Tyler, Sherlock’s John Watson, and The Perks of Being a Wallflower’s Charlie languish so greatly. I am unashamed to say that I have cried hysterically all sixteen times I have read Looking for Alaska.  There seems to be a belief among the fandom, though, that suffering over ill-fated fictional characters somehow diminishes real personal suffering.  While these characters deal with molestation and suicide, I angst over philosophy papers and finding a Formal date.  Clearly, there is a disconnection between fact and fiction.

Suffering is one of the best ways to grow closer to God, but growth is stunted when we only see ourselves as defective.  Even attempting to fathom real solutions to everyday anxieties is made almost impossible as we cast ourselves as minor supporting characters in our own lives.  Spending so much time in a world of fantasy cultivates an attitude of “why me?!”  Why do I have to be the socially anxious, underappreciated outsider?  Where is my letter to Hogwarts, my mad man in a blue box, and my Great Perhaps?

Granted, the stories we latch onto often validate the very real doubts and fears that we vulnerable young adults find difficult to effectively articulate.  Fiction is cherished as a precious and personal mode of self-expression; we identify with Miles Halter, the Winchester brothers, and Dr. Horrible as we anxiously wait for our lives to begin making sense.

But fandoms can become a poorly fitting crutch for young fans seeking moral guidance.  It is considerably less daunting to simply read a book than to make oneself even more vulnerable by engaging in deep and personal discussion.

I would be lying if I said that I did not spend a mortifying Freshman Orientation weekend curled up in bed with my copy of Paper Towns, that I do not blog GIFs of the Reichenbach Fall, or that I have not consistently ignored exam weeks withSherlock and Doctor Who marathons.  Still, there is an emptiness that comes with turning the last page or returning to the menu on Netflix.

There is no growth that comes with avoiding the daily pressures of academics, relationships, and personal eccentricities.  I am in the middle of the most spiritually rich community of which I have ever been a part, and it is only through the active pursuit of self-discovery that I have found the courage to address such concerns.

I came to Notre Dame with a TARDIS full of baggage, but engaging in the spiritual community has reinforced the notion that I have needs that cannot be satiated by any work of fiction or the community surrounding it.  No fandom can ever replicate the profound peace I feel after an evening of deep prayer at the Grotto or a particularly illuminating conversation in the Cavanaugh Hall chapel.

Ironically, some of the most profound advice I have gotten in recent months is from The Perks of Being a Wallflower.  Mr. Anderson, protagonist Charlie’s English teacher, tells him to actively participate.  And that is what I am trying to do.  I am participating more, trusting myself more fully to God and coming to know Him through the beautiful people and opportunities in my life.

This does not mean that I am ready to leave my fandoms.  I enjoy flailing too much for that, plus I am still anxiously awaiting series three of Sherlock.  But from now on further participation in my fandoms will mean even greater participation in my faith.  The two forces are still in tension, and reconciliation is an ongoing process as I progress in my faith journey.  The balance between my favorite Time Lord and the Lord Jesus Christ is always moving closer to where it should be.