Get Ready to Fight for Marriage and Religious Liberty in 2014 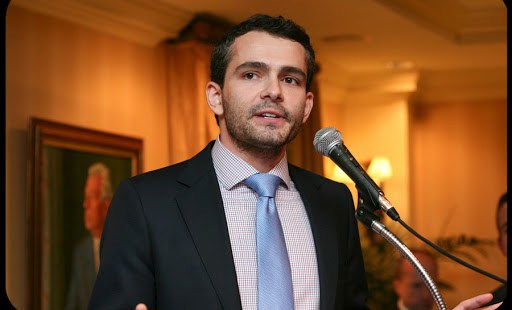 2013 was one of the best years yet for proponents of “gay marriage” in America. Same-sex “marriage” was legalized in New Jersey, Hawaii, and Illinois; the Supreme Court struck down part of the federal Defense of Marriage Act and turned back California’s Prop. 8 case to a lower court, which declared the law unconstitutional; Defense Secretary Chuck Hagel ordered that same-sex spouses of military personnel be given full spousal and family benefits.

According to Ryan T. Anderson, co-author of What Is Marriage? Man and Woman: A Defense, there aren’t likely to be many more states legalizing same-sex “marriage” for now — unless the courts do it. But the focus will be on the religious freedom of those who oppose the practice.

Anderson, the William E. Simon Fellow at the Heritage Foundation, co-wrote What is Marriage with Robert P. George, McCormick Professor of Jurisprudence at Princeton University and visiting professor at Harvard Law School, and Sherif Girgis, a Ph.D. student in philosophy at Princeton and a J.D. candidate at Yale Law School. Supreme Court Justice Samuel A. Alito cited the work in his dissenting opinion in United States v. Windsor, the 2013 case which struck down part of the Defense of Marriage Act.

What’s on the horizon in the battle over marriage in 2014?

Indiana is considering an amendment right now defining marriage as being between a man and a woman. There might be a few other states trying to redefine marriage, but after that, it’s more likely to be in a deadlock. We’ll end up with 15 or so states that have redefined marriage, and the other 35 will retain the proper definition — unless the courts, as we saw in the week just before Christmas, strike down state marriage laws, that’s probably how it’s going to stay for the foreseeable future.

And what about the courts?

While most Americans were celebrating the Christmas season, judges were busy redefining state marriage laws. In New Mexico, Utah, and Ohio, judges have usurped the authority of citizens and their elected representatives to discuss, debate, and vote on important policy matters regarding the most fundamental institution of society.

The U.S. Constitution does not require redefining marriage. In a Heritage Legal Memorandum, law professor John Eastman explains why marriage laws are constitutional. Among other points, he explains:

"The Equal Protection Clause does not compel recognition of same-sex marriages because same-sex couples are not situated similarly, in relevant respects, to opposite-sex couples. Moreover, policies recognizing only traditional marriage further society’s compelling interests in procreation and child-rearing, among other things."

Knowing what equality demands requires knowing what marriage is and why it matters. Marriage exists to bring a man and a woman together as husband and wife to be father and mother to any children their union produces. Government recognizes it because it is an institution that benefits society in a way that no other relationship does. It is society’s best way to ensure the well-being of children. State recognition of marriage protects children by encouraging men and women to commit to each other and take responsibility for their children.