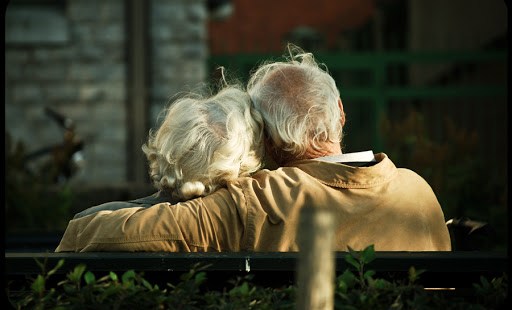 Why, in hindsight, Valentine’s Day is very important.

Valentine’s Day has come and gone, and with it the kitsch candy hearts, cards, and stuffing-filled, teddified bears (How did bears become romantic? They could kill you).  Besides the basic questions of dress, date, and demeanor for the day, a nagging question has been living in my outer brain, knocking on my cortex door until I answer.

Why celebrate Valentine’s Day? What’s in it for society? How did this become a holiday that gets its own block on the calendar, elementary school parties, and overwhelming section at Paper Source?

In other words, why should someone who isn’t dating, married, or fantasizing about a relationship celebrate Valentine’s Day? Is it really just about couple love, or is there a bigger reason our culture insists that everyone, everywhere, remember February 14?

My initial answer was material. “Those lords of commerce just want to make money off love.” It’s true that roughly 150 million people purchased and sent a Valentine’s card this year,[1] and the National Retail Federation reports that approximately 54% of Americans contributed an estimated cumulative total of $17.3 billion to celebrate.[2] The main corporate recipients of this influx of cash are the usual suspects: candy, flowers, cards, jewelry, and eating out.

But an earlier 2009 survey gave me pause. As expected, consumers in 2009 spent less on Valentine’s Day because of the economy (a meager $14.7 billion), but the summary included information about the recipients of gifts. They estimated the majority of people (approximately 90%) spent the most on their spouse (which I guessed), but then on their children—about 1/5 of the Valentine’s budget. Consumers also spent on children’s friends, classmates and teachers, co-workers, and pets (yes, even pets).[3]

It’s this non-romantic recipient group that baffles me. I see no advertising day to day that tells parents to buy 25 cent candy for their children, but it happens. That’s what many people remember as quintessential Valentine’s Day. There is something important enough about Valentine’s Day that children everywhere stop learning and parents and teachers fill brown paper bags with candy and pieces of construction paper.

So I left the retail website in search of more. History.com, my favorite repository of today in history facts, published an
easy breezy article on the history of St. Valentine, a Roman priest in the third century who married lovers despite the displeasure of Emperor Claudius II (who preferred single men in the military). Another possible Saint Valentine (there are two in the running), imprisoned for helping Christians in prison, supposedly signed a love letter “Your Valentine.”  Regardless of which Valentine, tradition has it that Valentine’s Day remembers his martyr death at the hands of the Roman Empire (Unfortunately, they have martyrdom in common).

For the cynical, there is a historical interpretation that Valentine’s Day was instituted by Pope Gelasius in the fifth century to replace the Roman pagan festival of Lupercalia. One interesting fact about Lupercalia: women, after being hit by a bloodied goat skin to promote fertility, placed their name in an community urn. The city’s bachelor would draw a name from the urn to determine their partner for the year (and you thought spin the bottle was cutting edge).

I also learned February 14 is the first day of mating season for birds, and Geoffrey Chaucer might be credited in some circles, for creating the holiday. Either Chaucer or Pope Gelasius, no huge difference (
right).

But what was missing from my brief foray into pop history were the children and singles. Why are they included in Valentine’s Day today, if historically this holiday just replaces pagan revelry? Or if this day truly commemorates a priest who marries lovers, is the holiday only for lovers? And why would a priest risk his life in order to marry lovers?

One theory that came to mind is that something about love, and lovers, benefits everybody. That maybe the sense of giving in love creates a positive ripple effect that reaches beyond the couple. Maybe the societal benefit of marriage and love is so great that from a purely secular and circumstantial perspective, it pays to have lots of your citizenry in love.

Since January many policy commentators and columnists have made a foray into espousing the benefits of marriage. Brad Wilcox at the National Marriage Project has repeatedly reported how
growing up in a two parent household markedly benefits children, even those in ample economic circumstances. Raj Chetty at Harvard recently released a
study claiming that family formation may be the strongest correlate to upward mobility in the United States. In a tangential but interesting vein, the National Bureau for Economic Research released a
paper claiming that assortative mating (marrying someone of similar socioeconomic class) exacerbates income inequality (thereby saying that marriage itself is an important factor in economic outcomes).


"Why should we believe—since no one has given us empirical reason to believe—that personal, atomistic religious belief always comes first and decisions about family come second? It is at least plausible—in fact, given the evidence ahead, it is more plausible—to assume the opposite: that something about having larger or stronger or more connected families is making people more religious, at least some of the time. (98)"

Jonathan Last’s book,
What to Expect When No One’s Expecting, further delved into the question of what benefit families, particularly fertility, have on society. The consequences of low fertility and a graying society are catastrophic according to Last, who, in his aptly titled chapter “Very Bad Things,” writes:


"Let’s think through the consequences of America becoming Florida Nation for a moment. There are the superficial changes…[but] the structural economic changes are more significant. An older population means a shrinking labor force. For a time, you can make up that shortfall by importing labor from other, younger countries. But fertility rates are falling even faster in the developing world…With fewer people working, the tax base declines just as demands on the government increase…one thing old people tent not to demand is investment opportunities. Their focus is on preserving money in low-risk vehicles and drawing down their investments to substitute for lost income. So capital pools will shrink, too… (100)"

In a nutshell, Last practically plays out the demographic disaster if, as his title suggests, “No one’s expecting.” Spoiler alert: it doesn’t look good.

But back to Valentine’s Day. By promoting love (and hopefully marriage), it benefits children’s educational and economic outcomes. I can see that. It feeds religiosity and church life. I can see that. If the marriage results in children, it keeps our country off the brink of dissolution and anarchy. I can see that.

But what about the single people and the kids? I still don’t have an answer to the question of why I celebrated Valentine’s Day in second grade (and several years after with no hopeful prospects). It still seems like a celebration of lovers for lovers. But something tells me that it’s not.

In a January Ross Douthat New York Times column, “Social Liberalism as Class Warfare,” I found some runaround hints. Douthat winds through an explanation of the “scriptlessness of sexual life,” a society where libertinism is celebrated in pop culture, but the upper class knows without a doubt that it doesn’t work. In fact, the upper class follows a different narrative entirely that breeds success. Douthat explains:

"You might look at the culture industry — networks and production companies, magazines and music labels — and note that the messages it sends about sex are a kind of win-win for the class of people running it. They get to profit off various forms of exploitation directly, because sex sells and shock value attracts eyeballs. And then they also reap benefits indirectly – because the teaching they’re offering to the masses, the vision of the good life, is one that tends to ratify existing class hierarchies, by encouraging precisely the behaviors and choices that in the real world make it hard to rise and thrive. In this sense, one might suspect our cultural elites of being a little bit like the Silicon Valley parents who send their kids to computer-free schools: They don’t mind pushing the moral envelope in the shows they greenlight and the songs they produce, because they’re confident that their own kids have the sophistication required to regard Robin Thicke and Miley Cyrus as amusements rather than role models, the social capital required to keep the culture’s messages at arm’s length.[4]"

Douthat goes on to write that he doesn’t think the upper class is intentionally hampering the middle and lower classes by destroying marriage. But he does suggest that the upper class should be more honest about the narrative it uses to get ahead and stay ahead.