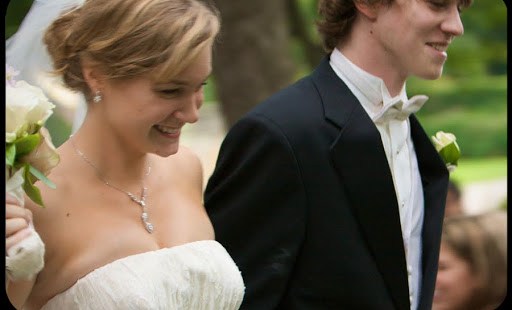 Or, why you should consider being a social rebel, too.

Our youth has certainly helped us manage our many sleepless nights and the general stress of caring for small children. Lord willing, we may continue to have kids, but hopefully we’ll be able to fold new children into an already formed family culture, rather than working through the initial shock as we’re entering into middle age.

3) We used our best chance to have children, and we have a greater chance for having a large family.

There are a limited number of a years that a person can conceive a child. The longer a person waits, the more likely it is that they may become infertile before they are able to have children, as more and more people who follow our culture’s new norms are discovering.

By starting young, we gave ourselves the best shot at having children in the first place. And since we have many reproductive years ahead us, we at least have a chance at having a large family. If we had started ten years later, that may have not been an option even if we wanted it.

4) We have direction and responsibility.

“Adults don’t make babies, babies make adults,” the old saying goes, and there’s a lot of truth to that.

Although people should obviously have a certain amount of maturity before getting married, it’s true that marriage and family have had a very positive maturing effect on us. Taking care of children is an incredibly big responsibility, and one that can’t be compartmentalized. Raising children requires sacrifice in every area of one’s life – and that’s a good thing.

That’s the paradox of love.

What do you think? Agree or disagree? And what did I miss?

Brantly Milleganis an Assistant Editor for Aleteia. He is also Co-Founder and Co-Editor of Second Nature, Co-Director of the International Institute for the Study of Technology and Christianity, and is working on a M.A. in Theology at the St. Paul Seminary School of Divinity. He lives with his wife and children in
South St. Paul, MN. His personal website is brantlymillegan.com.

Adapted from an article originally published at Catholic Sistas.