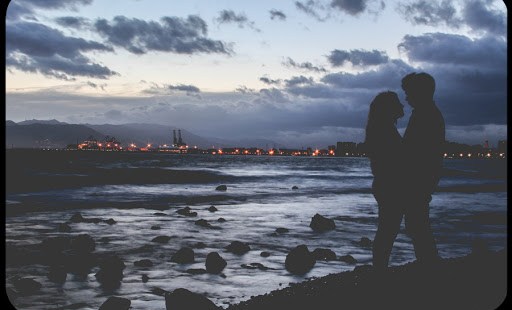 When it comes to talking chastity, the BIG YES beats the rant every time.

I once attended a Mass at which the priest took the congregation to task about how girls should hide their knees, and do they really want to be an instrument of the devil? As soon as young people kiss, he ranted, they must never EVER see or talk to that person again because they have wrecked their chances for putting God first.

Nor were parents spared. He groused about parents with spoiled, ill-behaved children who refuse to properly discipline them, the result being that—unlike the children of a couple HE knows—they will not grow up to have their very first kiss at the altar.

I understood what the priest was trying to get at. And the ever-deepening sexual/emotional wound at the heart of our culture is enough to make anyone want to start battening down the hatches. But as the writer Madeleine L’Engle once said:

We do not draw people to Christ by loudly discrediting what they believe, by telling them how wrong they are and how right we are, but by showing them a light that is so lovely that they want with all their hearts to know the source of it.

The whole homily was about saying no—no, no, no, NO!—without in any way explaining that the reason for all those no's is a larger, sublime yes.

I was reminded of a quote by the contemplative monk Erasmo Leiva-Merikakis (now known as Brother Simeon) from Love’s Sacred Order: The Four Loves Revisited:

Léon Bloy … once said that if we receive the Eucharist and fail to practice charity, fail to allow the Eucharist to have in us the effects that by its very nature it must have, then "the sacred Host we have consumed, rather than nourishing us, will become within us like a bomb exploding our hypocrisy to high heaven.”

To follow Christ, to be Catholic, to practice chastity in the deepest sense of the word, is to hold an almost unbearable amount of tension in our bodies, spirits, and nervous systems … which paradoxically allows us to break out in all kinds of other sublimely interesting, glorious directions and ways.

Look at St. Thérèse of Lisieux, in The Story of a Soul, admitting that if she’d ever fallen for a guy, she would have been worse than Mary Magdalene, and then writing the Apostle’s Creed in blood, wearing it against her heart, and offering herself as a Holocaust Victim of Love!

Look at the impossible sky-jabbing spires of Gaudi’s Sagrada Familia.

Look at Gerard Manley Hopkins’ poem “Pied Beauty.” That–“Praise him” at the end is an explosion, preceded, no less, by the generative thrust of “fathers forth”!  And it is all the more sublime for having been written by a gay man–a Jesuit priest afflicted with severe depression, who stayed faithful to his vows and offered his suffering, his loneliness, his love, his failure as a teacher, his body, blood, genius and soul to Christ.

As the writer Alice McDermott notes:

Being a Catholic is an act of rebellion. A mad, stubborn, outrageous, nonsensical refusal to be comforted by anything less than the glorious impossibility of the resurrection of the body and life everlasting.

Or as my friend Sr. Jeanne McNulty, third order Franciscan, Order of Consecrated Virgins, once told me, "This may sound strange coming from a nun–but one man wouldn't be enough for me! I want it all! I want HIM!"

So what that priest neglected to add is this:

That is the opposite of no, no, no. That is one cataclysmic, self-giving, aching, life-affirming yes.