Pope Francis’ Theology of Liberation: Satan is Our Jailer and Prayer Frees Us 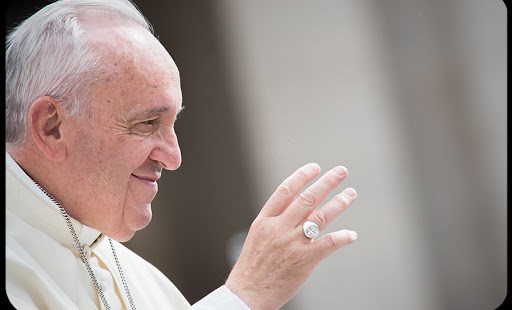 The Holy Father as successor of Peter and Paul, promoting prayer, witness and faith

It’s always an exciting experience to arrive in Rome and make your way up the via della Conciliation and across St. Peter’s Square to the basilica.

Whenever I do, I pause to admire the two great statues of St. Peter and St. Paul that flank the entrance. The connection with the two apostles is almost tangible as you remember that St. Peter was martyred just a few hundred yards away and the great basilica before you is built over his tomb. A visit to Rome also takes you to St. Paul Outside the Walls, the basilica built on the site of St. Paul’s martyrdom, and where his tomb stands to this day.

The reason St. Peter and Paul are so important for Catholics is because the church is founded not only on the authority that Christ gave Peter, but also on the preaching and teaching of St. Paul. These two pillars of the church continue to strengthen and direct the church today. Pope Francis, in his life and ministry exemplifies these two pillars and continues the dynamic ministries of SS Peter and Paul in the world today.

About to embark to the South American countries of Bolivia, Paraguay and Ecuador, Pope Francis’ journey is billed as an “apostolic visit.” Just as Peter and Paul were constant travelers, Pope Francis has followed in the pattern of his predecessors in being an apostolic missionary to the world. As the seventy-eight-year-old pope sets out, he is also living out his own instructions to the Archbishops and bishops of the world on the feast this week of SS Peter and Paul.

The feast of SS Peter and Paul is the traditional time for new archbishops to receive the pallium—the yoke like woolen vestment that links their new ministry with that of all other archbishops around the world, and with the ministry of the successor of Peter. Like every good preacher, the pope had three clear and memorable points, calling the new archbishops to lives of prayer, faith and witness.

Prayer, the pope reminded them, is not simply making requests to God or even the path to union with God. It is also a form of liberation. “The Church wants you to be men of prayer, masters of prayer; that you may teach the people entrusted to your care that liberation from all forms of imprisonment is uniquely God’s work and the fruit of prayer; that God sends his angel at the opportune time in order to save us from the many forms of slavery and countless chains of worldliness."

Once again the Holy Father’s spirituality is expressed in the language of liberation—not the shallow image of mere political liberation, but deliverance from the bondage of evil— both corporately and individually. The pope sees Satan as the head jailer and prayer unlocks the chains, opens the doors and sets the prisoner free.

The pope also called the archbishops to faith. “The Church desires you to be men of faith, masters of faith, who can teach the faithful to not be frightened of the many Herods who inflict on them persecution with every kind of cross. No Herod is able to banish the light of hope, of faith, or of charity in the one who believes in Christ!”

With the reference to Herod, the pope is clearly referring to the increasing threats Catholics feel from atheistic governments who wish to impose their will and way onto Christian believers. Pope Francis encouraged them to stand firm. “How many forces in the course of history have tried, and still do, to destroy the Church, from without as well as within, but they themselves are destroyed and the Church remains alive and fruitful!”

Finally, the Holy Father called the archbishops to be men of witness. The word “martyr” means “witness” and after reminding the archbishops of the martyrdoms of Peter and Paul he called them to a similar witness that is not afraid even of death. A Christian faith that is not worth dying for is not worth living for. The pope called for a radical witness to Christ in the world, "A Church or a Christian who does not give witness is sterile; like a dead person who thinks they are alive; like a dried up tree that produces no fruit; an empty well that offers no water! The Church has overcome evil thanks to the courageous, concrete and humble witness of her children.

What the pope said to the new archbishops is the same message to all of the baptized. The Archbishops, bishops and priests are called to lives of prayer, faith and witness because they are the examples and guides to all of God’s people. The lives of the saints down through history show that the lay people of God have also stepped forward with great courage to live out a radical witness of prayer and faith in the world.

As the pope sets out on his journey to South America, his own life of prayer faith and witness goes before him and lights the way of Peter and Paul not only for himself, but for the whole church.


Read Fr Longenecker’s blog, browse his books and be in touch at dwightlongenecker.com