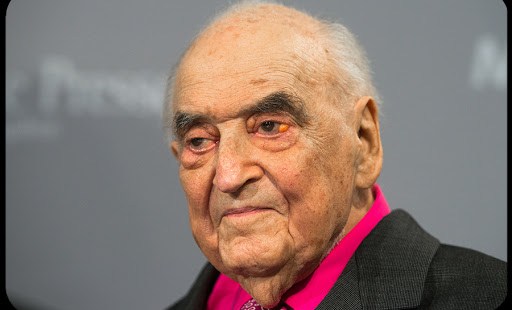 British Lord George Weidenfeld is funding a rescue mission of up to 2,000 Christian families in Iraq and Syria. According to  the UK’s Catholic Herald, he hopes to emulate the late Sir Nicholas Winton, who saved 669 children destined to be killed in Nazi concentration camps during the Holocaust.

Weidenfeld, 95, a former publisher and millionaire, says he has "a debt to pay."

After the onset of World War II, Quakers and Plymouth Brethren Christians arranged for the safe passage of Jews in Vienna to England via Kindertransport to escape the Nazis in 1938. They were fed, clothed, and given housing and transportation—and Weidenfeld was among them.

Speaking to The Times, Lord Weidenfeld, said: “I had a debt to repay. It applies to so many young people who were on the Kinderstransports… It was very high-minded operation and we Jews should also be thankful and do something for the endangered Christians."

The first phase of Weidenfeld’s rescue effort—which is called Operation Safe Havens, organized by the Weidenfeld Safe Havens Fund—flew 150 people by private charter from Syria to Poland on Friday, July 10, 2015, after receiving permission from the Polish government and the Assad regime in Syria.

UK’s Express reports that Weidenfeld’s fund aims to provide between 12 and 18 months of paid support to the refugees. However countries, including the United States, have declined to participate in the scheme because it excludes Muslims who are also being targeted by ISIS.

Christians, as well as Yazidis, Druze and Shia Muslims are being persecuted by the terror group in Syria and Iraq. But Lord Weidenfeld defended the project’s narrow focus.

"I can’t save the world, but there is a very specific possibility on the Christian side. Let others do what they like for the Muslims," he said.

Born in Austria in 1919, Weidenfeld was appointed the British title of Lord in 1976. Although he arrived in Britain penniless, he eventually made his fortune by establishing the publishing business Weidenfeld and Nicolson.