Watch: Dallas rap artist’s moving tribute to the fallen in his city

“I’m not on any side. I’m only in support of unity, love and reconciliation,” says Moses Uvere in an interview with Cecilia

I’m not on any side. I’m only in support of unity, love and reconciliation.

When Dallas rap artist Moses Uvere’s new music video “We Get Up” appeared in my inbox I was intrigued. The video is a moving tribute to the slain Dallas police officers.

I wanted to know more. Rome is a world away from Texas. What is the atmosphere like in Dallas now? What is it like being an African-American in that community? After such violence – by the police and towards the police – how do we heal? Where do we go from here? What did this artist think of the Black Lives Matters movement and where it’s going?

I sent Moses Uvere my questions. His first answer, in short, was, “I’m not on any side. I’m only in support of unity, love, and reconciliation.”

The racial tension is real. There is corruption and abuse of power – both in the police force and the Black Lives Matter movement. There is also much good. “The video captures the realities on both sides,” Uvere explained. “My goal was to bring hope and understanding to everyone and I’m proud to say we did that.”

Where do we go from here?

“The message I have for all of us who are in pain,” responded Uvere, “is that we as a people need to take time and actually get to know other individuals of different races and ethnic backgrounds. If we had greater understanding it would eliminate these fears of the unknown we have towards each other. That is a huge part of the reason we are reacting the way we do.

We have the great commandment to love God and neighbor. It’s really hard to love someone you don’t know. So get to know people! I challenge you: take a look around at your circle of friends and influence. If everyone around you looks like you, talks like you, and acts like you, that’s a problem. Get to know other people; learn about why different people act in different ways. That would be a huge step towards healing.”

You can find “We Get Up” and the rest of Moses Uvere’s music on iTunes,and keep an eye out for his forthcoming album Kingdom of the Fallen, which will be released August 26th. 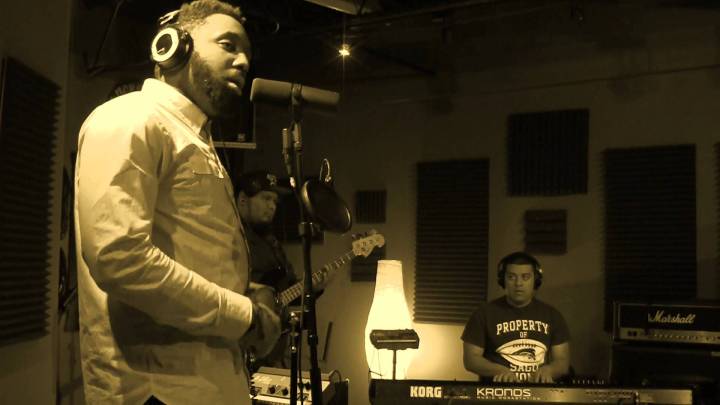