You only lose what you cling to 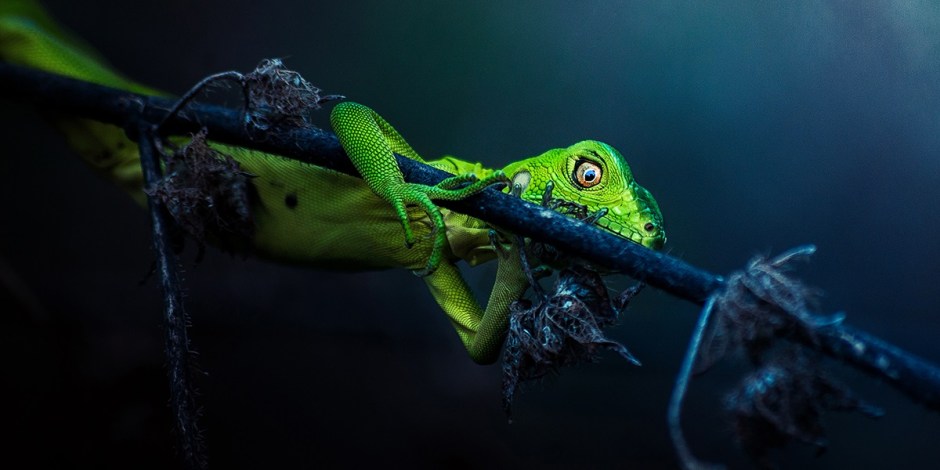 This week we are featuring some of the best photos submitted to the Sony 2017 Photography awards. These high-res photos of animals in their natural environments are breathtaking and vibrant.

PANAMA – JUNE 12, 2016: This image, titled Cautious, was shot by Jonatan Banista while working in a field in Panama. This iguana was near a small creek, which had provided the opportunity for several reptile shots before he captured this one.

This is most likely a green iguana, quite common in Panama as well as the rest of Central America and the upper half of South America. Despite the name, green iguanas come in a variety of colors, such as blue, lavender, black, and pink.

From the lack of a developed dewlap (the sack of flesh that hangs from adult iguanas’ necks), this is probably a juvenile. The dewlap is used to attract a mate and also as an aggressive display to ward off rivals trying to poach their territory. When the dewlap expands, the reptiles emit a hissing noise meant to intimidate others. If the dewlap has no effect, the green iguana would rather flee than fight, and will retreat to a water source if available.

They are apt swimmers and make an escape faster in water than on land. They are the natural pray of predatory birds and freeze when they hear a hawk cry. Poachers use hawk whistles to imitate the cry and freeze green iguanas to more easily capture them.

Green iguanas have excellent eyesight and can recognize shapes at long distances, but it becomes worse in low light areas. At the same time their eyes can see vibrant color and ultraviolet wavelengths. They have a white photosensory organ at the top of their heads that can recognize changes in light, giving them a warning of any approaching bird of prey.