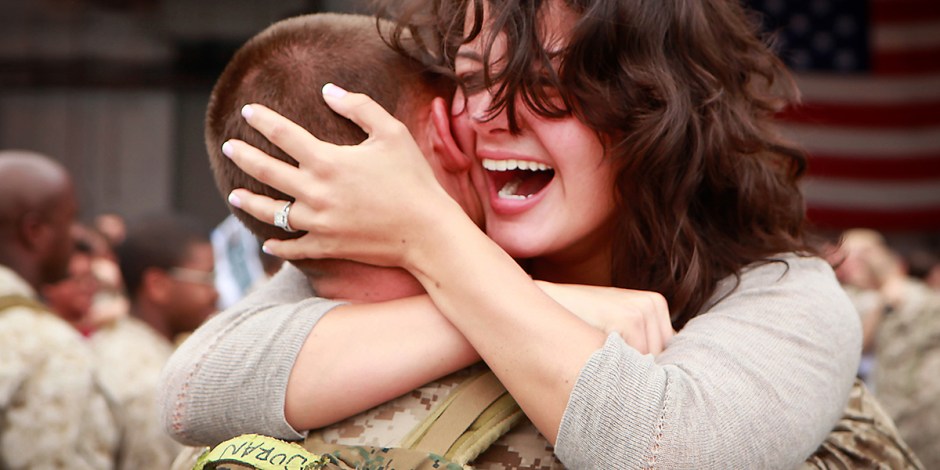 When the Marines finally arrived and fell out of formation, Cathia burst out of the crowd and reached her Marine first, jumping into his arms and wrapping her legs around his waist — nearly knocking him over.

Duran had left on the deployment only a few months after their marriage and these newlyweds couldn’t wait to be reunited again.