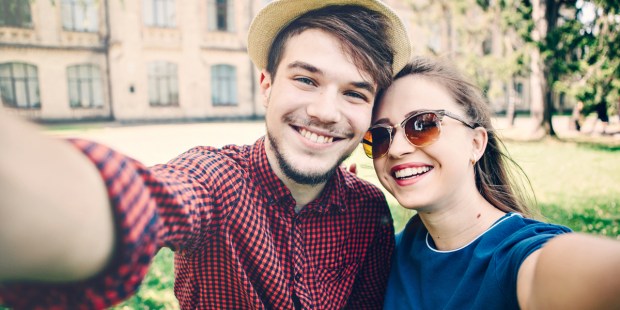 Take it from me, there’s no way to be totally prepared, but here’s what you need to know.

Dear married couples who are not yet ready for children,

Recently, after having my second child, some close friends who have known me since my single days commented on how they can’t believe I’m now a mother of two. Frankly, I feel the same. I look at my children — these beautiful, complex, dependent little humans that God has blessed us with — and I wonder when my husband and I became ready for parenthood. Was it after we got married and figured we ought to advance to step three in the first comes love, then comes marriage initiative? Was it when we bought the four-bedroom house and decided we needed more bodies to fill it?

And then, it dawned on me: There was never a point when I was ready for parenthood and to this day, I’m still not.

Does that mean I regret having kids? No. In fact, it’s exactly the opposite. Opening our hearts and lives to the creation of new life was the best decision we ever made. But in truth, I don’t think there’s any way to be ready to be a parent, even after you enter it. It’s too dynamic and extraordinary a role, always demanding new feats, both physically and emotionally.

Read more:
How “That Stupid Pregnancy Bump” Changed Me Forever

I’m no stranger to the endless reasons couples have for postponing pregnancy and I don’t disagree with any of them. Wanting to be more financially secure, accomplishing educational or career goals, or simply longing to enjoy some time together as newlyweds before adding kids to the mix – I’ve heard them all and I’m not here to tell you that your reasons aren’t legitimate.

What I’m saying is that even after you’ve saved some money, earned a degree, climbed the corporate ladder, or had a few years to settle into married life, you’re still not going to feel ready for parenthood. No one ever is. Not because it’s such a massive responsibility for which there’s no way to prepare; but because becoming a parent, as an insightful priest once told me, means allowing your heart to exist outside your body. It means entering a new level of vulnerability as you watch a little piece of you become a distinct individual. It means allowing yourself to be completely depended on in a way you never thought possible by a small someone who adds an entirely new dimension of meaning, happiness, and love to your life.

Even with two little ones, I still don’t consider myself qualified for this parenting thing and I’m not alone. As comedian Jim Gaffigan brilliantly puts it, “Every night before I get my one hour of sleep, I have the same thought: ‘Well, that’s a wrap on another day of acting like I know what I’m doing.’ … Most of the time, I feel entirely unqualified to be a parent. I call these times being awake.”

That’s the great irony of parenthood. One or more ignorant little people who are probably certain they have everything all figured out are utterly dependent on their parents who, more than likely, are certain they have next to nothing figured out. And even if they thought before having kids that they were 100 percent prepared for them, they quickly realized how mistaken they were. Lauren Hartmann, a mom and Babble.com writer, admitted, “I have no clue what I’m doing and I’m a parent who happens to also have a degree in child development. We’re all just doing the best we can and learning as we go.”

Read more:
The third time’s a charm when having kids

You see, becoming a mother or father is so magnificently unlike any other role you’ve ever held precisely because it blows your mind. The amount of work, money, chaos, but also laughter, joy and especially the unimaginable love that all comes along with it continue to amaze me. Anyone who says, “I was entirely aware of what I was signing up for in having children and have been surprised by absolutely nothing,” is either a robot or lying.

I’m not trying to convince you to have kids right away. The last thing I want is to pile on even more pressure since you’re probably feeling it already thanks to social media and well-meaning parents who seem to crave grandchildren like they’re some rite of passage. My only intention is to give you a heads-up that if you’re patiently awaiting the day when the clouds part and down comes your complete preparedness for parenthood, it’s not going to happen.

As Hartmann credited a wise mother for once telling her, “You’re never really ready for parenthood. Just get as ready as you can get and then jump in.”

Trust me. It will be the best decision you ever make.