What are Doctors of the Church, and can they fix a broken leg? 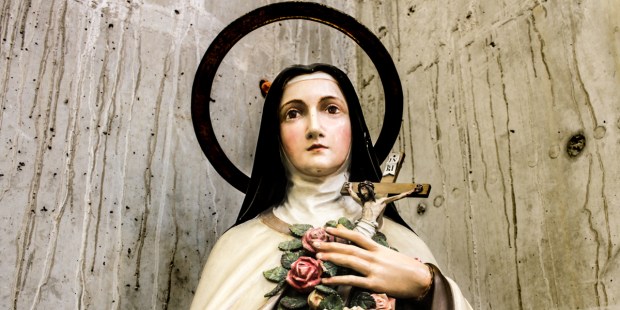 Only 36 holy men and women have been declared “doctors” throughout all Church history.

Starting in the 13th century, popes began singling out specific saints who were exemplary teachers in various theological or spiritual topics. These holy men and women were given the official title of “Doctor,” which stems from the Latin root word docere meaning “to teach.”

The first saints ever to be awarded this title after death were St. Gregory the Great, St. Ambrose, St. Augustine, and St. Jerome. Each were instrumental for various contributions they gave to theology, spirituality or biblical studies. Three Doctors who are greatly revered in the Eastern Church are St. John Chrysostom, St. Basil, and St. Gregory Nazianzen.

Eventually there were developed three criteria for declaring a saint a “Doctor of the Church.” The Catholic Encyclopedia names these as, “eminent learning, a high degree of sanctity, and proclamation by the Church.” The process of proclamation is first issued through a decree by the Congregation of Sacred Rites, which is then approved by the pope.

The list of Doctors, relatively small compared to the vast array of saints over the centuries, has diversified over the years and has increasingly included women. A total of four women are considered doctors. They are: St. Teresa of Avila, St. Catherine of Siena, St. Thérèse of the Child Jesus and St. Hildegard of Bingen. What’s interesting is that St. Thérèse only wrote one book during her lifetime and that was her autobiography. Yet, she is considered a Doctor of the Church and was the only saint Pope John Paul II declared a Doctor during his 26-year pontificate. Her spiritual legacy was seen as extraordinary and John Paul explained how “Despite her inadequate training and lack of resources… [she] possesses an extraordinary wisdom and with her doctrine helps so many men and women of every state in life to know and love Jesus Christ and his Gospel.”

During his reign, Pope Benedict XVI chose St. John of Avila and St. Hildegard of Bingen for this title and thus far Pope Francis has named St. Gregory of Narek. For a complete and updated list of the Doctors of the Church, check out Crossroads Initiative.

Read more:
St. Gregory of Narek: “Speaking With God from the Depths of the Heart”

So while these doctors may not be able to set a broken leg, they certainly are capable of fixing a broken heart and leading it closer to God.