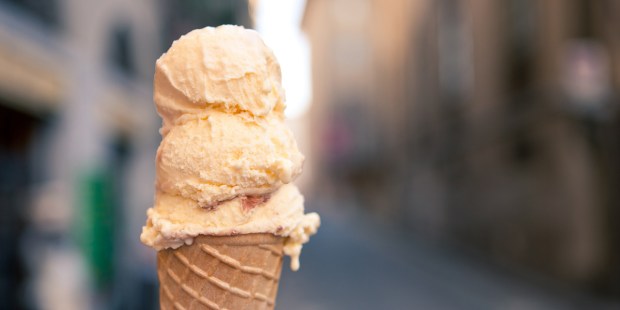 I scream, you scream, these popes all scream for … gelato.

During the dog days of summer, nothing beats a scoop of ice cream, and the last three popes have not been immune to its temptations. Here are their favorite flavors, guaranteed to make you feel less guilty about your own indulgences:

Pope Francis’ favorite meal is empanadas, steak and ice cream, according to The Vatican Cookbook. But what kind of ice cream? Our best source tells us, it’s dulce de leche, an Argentine favorite.

On his way back from a papal trip to the Philippines, the Holy Father brought home cartons of Carmen’s Best Ice Cream in malted milk, pistachio, and brown butter almond brittle. Ice cream maker Paco Magsaysay picked the flavors for the flight … before he knew  the pope’s favorite.

According to author, Mona Risk, the owner of a gelateria in Sorrento, once boasted to her that Pope Benedict stopped there to have a cone of cassata Siciliana, a specialty of the house. Apparently the Pope Emeritus has a sweet tooth: it’s made with chocolate, strawberry, and mango ice cream, combined with whipped cream, dried fruits and chocolate chips.

Pope John Paul II is said to have had a particular fondness for ice cream, and often sent out for gelato from the Gelateria Giolitti in Rome. His favorite flavor: marron glacé, or ice cream flavored with candied chestnuts.