Our Lady and our pope 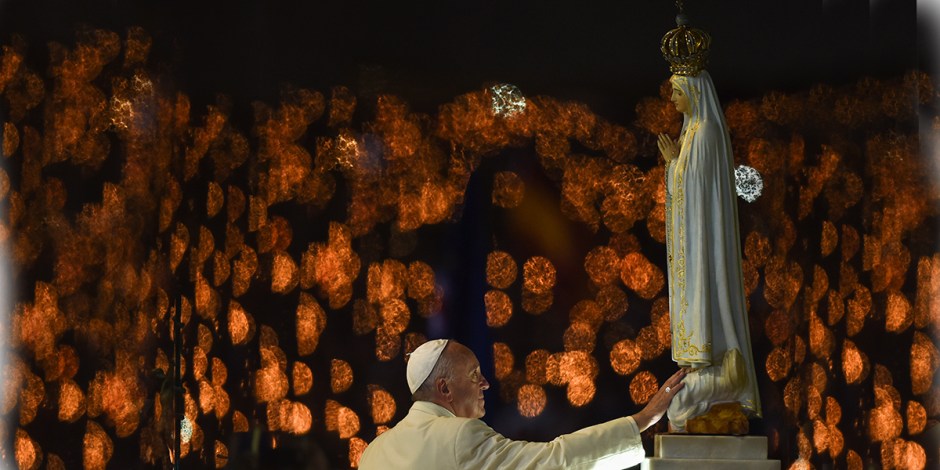 Pope Francis touches a statue of Our Lady of Fatima during the Blessing of the Candles from the Chapel of the Apparitions, in Fatima on May 12, 2017.

Two of the three child shepherds who reported apparitions of the Virgin Mary in Fatima, Portugal, a century ago were declared saints on May 13, 2017, by Pope Francis.

Tags:
FatimaPhoto of the DayPope Francis
Daily prayer
Aleteia's Top 10
See More
Advertising
Newsletter
Get Aleteia delivered to your inbox. Subscribe here.
Thank you! Your submission has been received!